“ Money has only a different value in the eyes of each. ”
William Makepeace Thackeray, Vanity Fair (1847). copy citation

“He would not deny himself one enjoyment; not his opera-stall, not his horse, not his dinner, not even the pleasure of giving Lazarus the five pounds. Thrifty, who is good, wise, just, and owes no man a penny, turns from a beggar, haggles with a hackney-coachman, or denies a poor relation, and I doubt which is the most selfish of the two. Money has only a different value in the eyes of each.
So, in a word, Pitt Crawley thought he would do something for his brother, and then thought that he would think about it some other time.
And with regard to Becky, she was not a woman who expected too much from the generosity of her neighbours, and so was quite content with all that Pitt Crawley had done for her.” source

“Money is only a tool in business.” Henry Ford, My Life and Work

“The value of money is in proportion to the quantity of the necessaries of life which it will purchase.” Adam Smith, The Wealth of Nations

“You who are in power have only the means that money produces—we who are in expectation, have those which devotion prompts.” Alexandre Dumas, The Count of Monte Cristo

“Each piece of money is a mere coin, or means of circulation, only so long as it actually circulates.” Karl Marx, Das Kapital

“After all, marriage is marriage, and money's money—both useful things in their way ...” Edith Wharton, The Age of Innocence

“Nowadays people know the price of everything and the value of nothing.” Oscar Wilde, The Picture of Dorian Gray

“No complaint, however, is more common than that of a scarcity of money.” Adam Smith, The Wealth of Nations 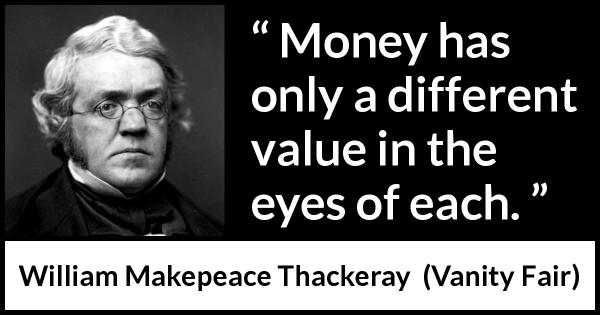 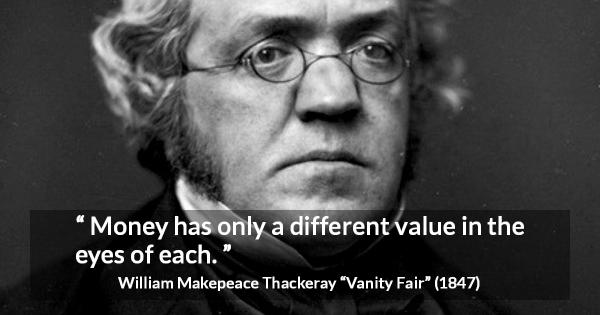 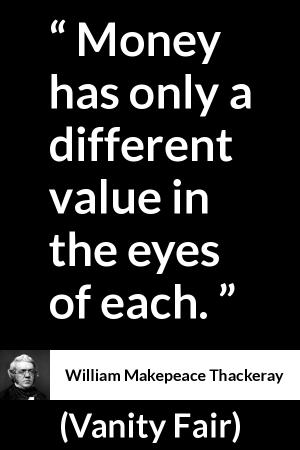 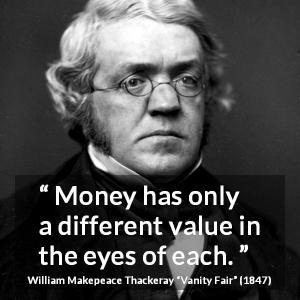