“ You never really understand a person until you consider things from his point of view ”
Harper Lee, To Kill a Mockingbird (1960). copy citation

“When he completed his examination of the wisteria vine he strolled back to me.
«First of all,» he said, «if you can learn a simple trick, Scout, you'll get along a lot better with all kinds of folks. You never really understand a person until you consider things from his point of view—»
«Sir?»
«—until you climb into his skin and walk around in it.»
Atticus said I had learned many things today, and Miss Caroline had learned several things herself. She had learned not to hand something to a Cunningham, for one thing, but if Walter and I had put ourselves in her shoes we'd have seen it was an honest mistake on her part.” source

“You can only understand people if you feel them in yourself.” John Steinbeck, East of Eden

“she could never love a man like him, because he understood the Universe, and all human feelings look small when viewed from a distance.” Paulo Coelho, Brida

“You never realize how much you've changed until after it's happened.” Anne Frank, The Diary of a Young Girl

“All our knowledge begins with sense, proceeds thence to understanding, and ends with reason, beyond which nothing higher can be discovered in the human mind for elaborating the matter of intuition and subjecting it to the highest unity of thought.” Immanuel Kant, Critique of Pure Reason 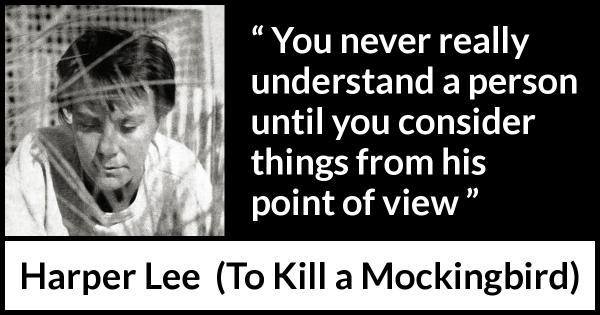 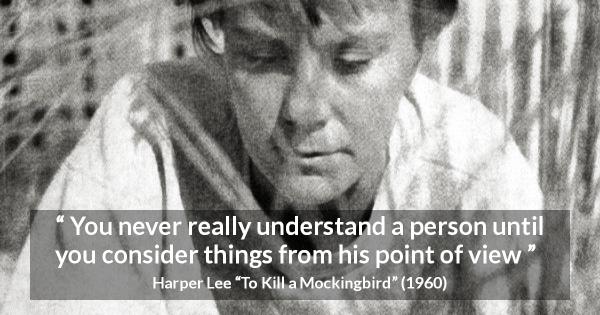 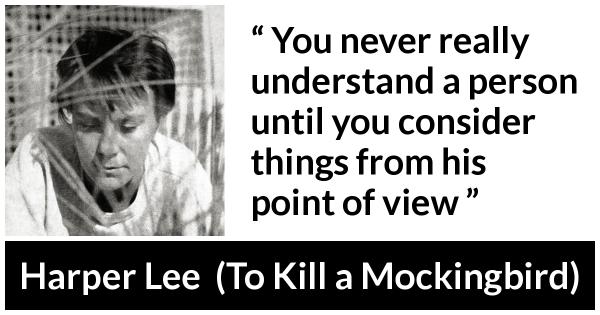 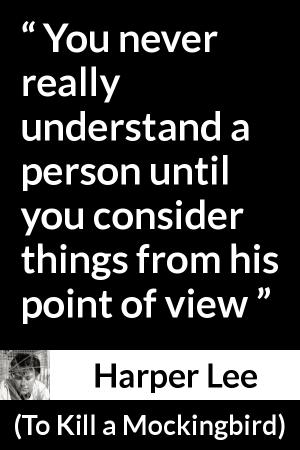 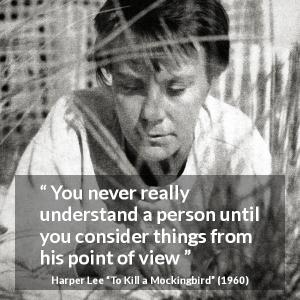 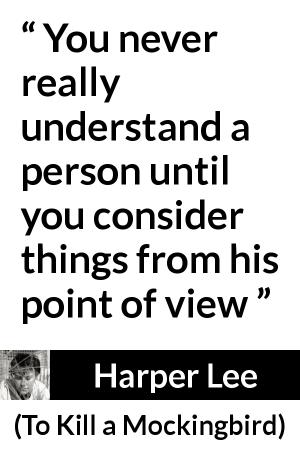