“ I would always rather be happy than dignified ”
Charlotte Brontë, Jane Eyre (16 October 1847). copy citation

“I—who, though I had no love, had much friendship for him—was hurt by the marked omission: so much hurt that tears started to my eyes.
«I see you and St. John have been quarrelling, Jane,» said Diana, «during your walk on the moor. But go after him; he is now lingering in the passage expecting you—he will make it up.»
I have not much pride under such circumstances: I would always rather be happy than dignified; and I ran after him—he stood at the foot of the stairs. «Good-night, St. John,» said I.
«Good-night, Jane,» he replied calmly. «Then shake hands,» I added. What a cold, loose touch, he impressed on my fingers! He was deeply displeased by what had occurred that day; cordiality would not warm, nor tears move him.” source

“I would much rather have been merry than wise.” Jane Austen, Emma

“I am not proud, but I am happy, and happiness blinds, I think, more than pride.” Alexandre Dumas, The Count of Monte Cristo

“I don't care about truth. I want some happiness.” F. Scott Fitzgerald, The Beautiful and Damned 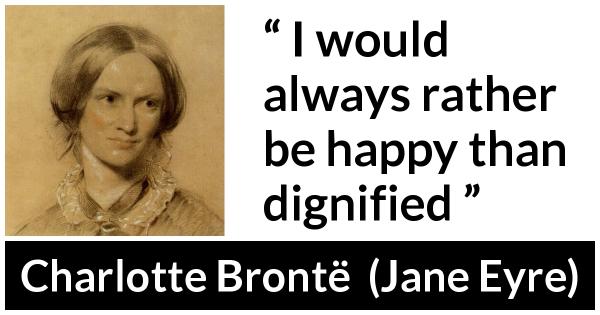 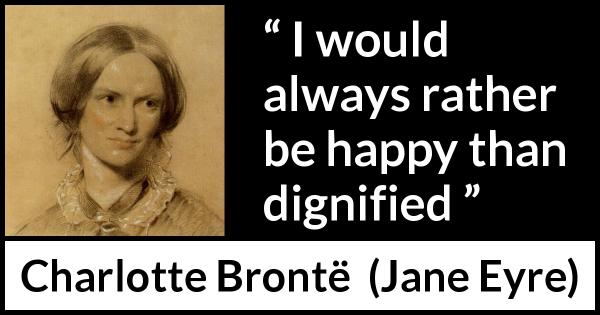 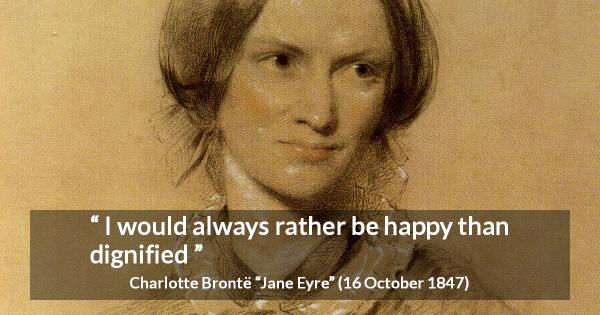 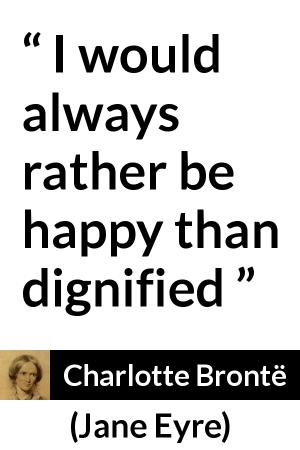 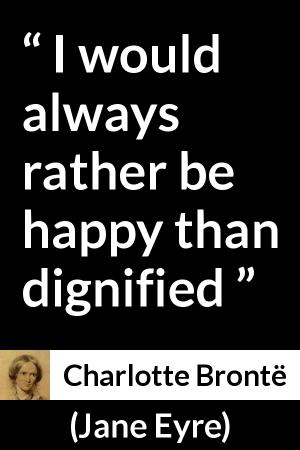 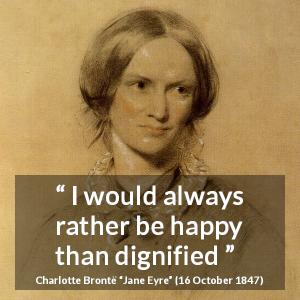