“ Every deep thinker is more afraid of being understood than of being misunderstood. ”
Friedrich Nietzsche, Beyond Good and Evil (1886). copy citation

“Every philosophy is a foreground philosophy—this is a recluse's verdict: "There is something arbitrary in the fact that the PHILOSOPHER came to a stand here, took a retrospect, and looked around; that he HERE laid his spade aside and did not dig any deeper—there is also something suspicious in it." Every philosophy also CONCEALS a philosophy; every opinion is also a LURKING-PLACE, every word is also a MASK.
290. Every deep thinker is more afraid of being understood than of being misunderstood. The latter perhaps wounds his vanity; but the former wounds his heart, his sympathy, which always says: "Ah, why would you also have as hard a time of it as I have?"
291. Man, a COMPLEX, mendacious, artful, and inscrutable animal, uncanny to the other animals by his artifice and sagacity, rather than by his strength, has invented the good conscience in order finally to enjoy his soul as something SIMPLE; and the whole of morality is a long, audacious falsification, by virtue of which generally enjoyment at the sight of the soul becomes possible.” source

“The logical picture of the facts is the thought.” Ludwig Wittgenstein, Tractatus Logico-Philosophicus 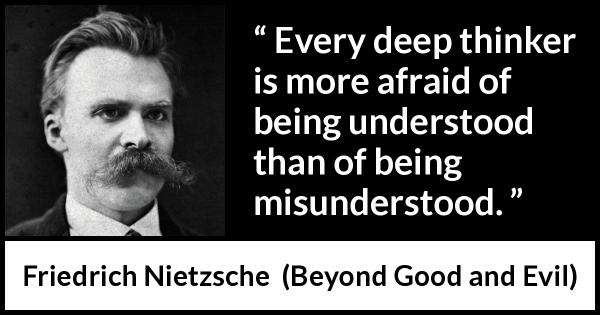 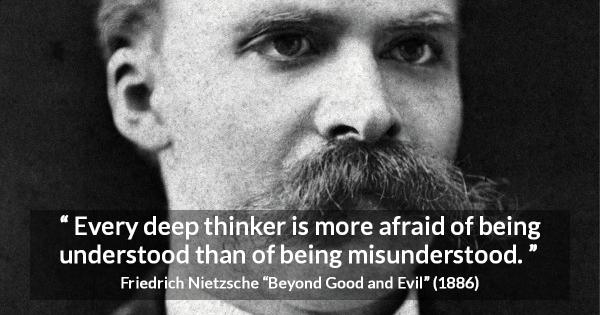 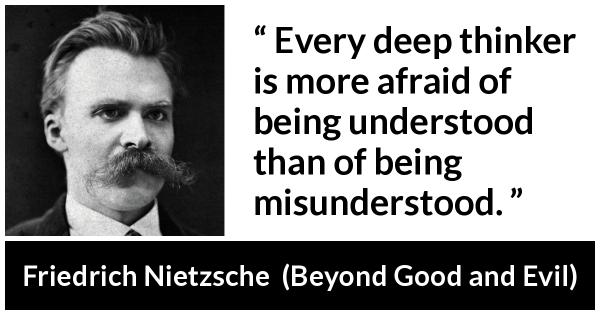 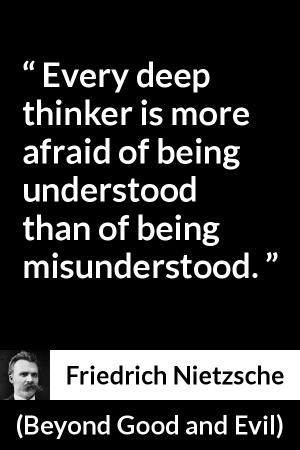 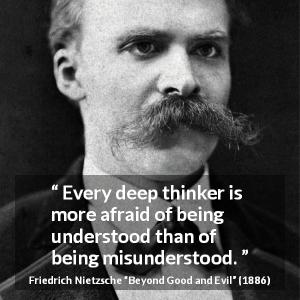 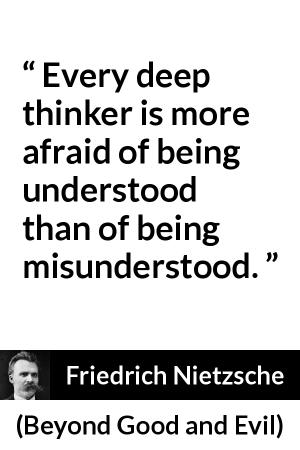