“ Atticus told me to delete the adjectives and I'd have the facts. ”
Harper Lee, To Kill a Mockingbird (1960). copy citation

“He declared Egyptians walked that way; I said if they did I didn't see how they got anything done, but Jem said they accomplished more than the Americans ever did, they invented toilet paper and perpetual embalming, and asked where would we be today if they hadn't? Atticus told me to delete the adjectives and I'd have the facts.
There are no clearly defined seasons in South Alabama; summer drifts into autumn, and autumn is sometimes never followed by winter, but turns to a days-old spring that melts into summer again. That fall was a long one, hardly cool enough for a light jacket.” source

“I am not keeping back facts. Every fact that I know is in your possession. You can draw your own deductions from them.” Agatha Christie, The Mysterious Affair at Styles

“I thought what I'd do was, I'd pretend I was one of those deaf-mutes. That way I wouldn't have to have any goddam stupid useless conversations with anybody. If anybody wanted to tell me something, they'd have to write it on a piece of paper and...” J. D. Salinger, The Catcher in the Rye 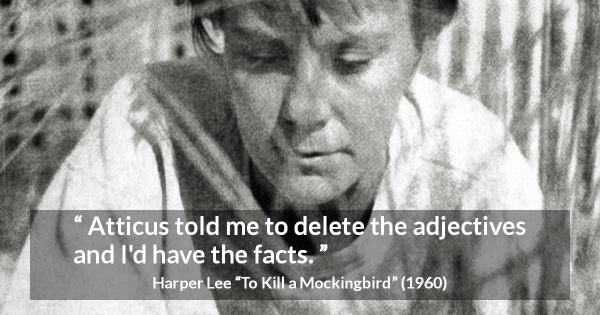 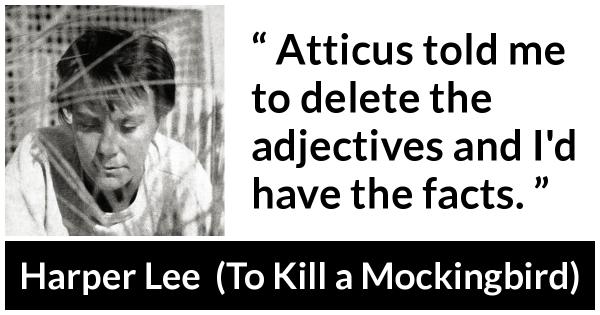 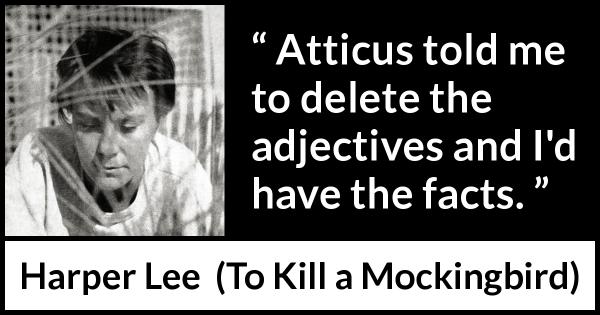 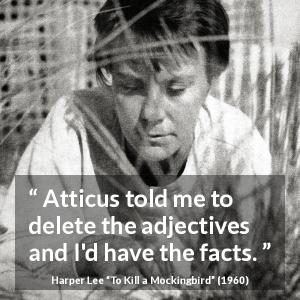 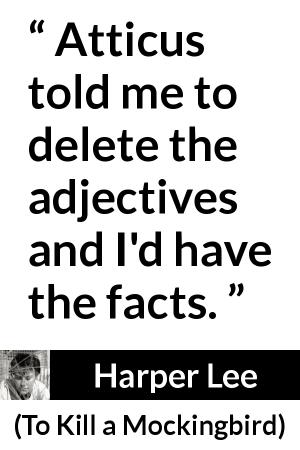 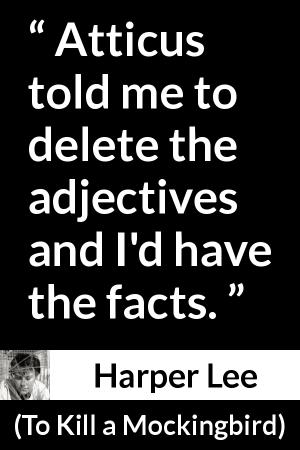