“ still there was about him a suggestion of lurking ferocity, as though the Wild still lingered in him and the wolf in him merely slept. ”
Jack London, White Fang (1906). copy citation

“Not alone was he in the geographical Southland, for he was in the Southland of life. Human kindness was like a sun shining upon him, and he flourished like a flower planted in good soil.
And yet he remained somehow different from other dogs. He knew the law even better than did the dogs that had known no other life, and he observed the law more punctiliously; but still there was about him a suggestion of lurking ferocity, as though the Wild still lingered in him and the wolf in him merely slept.
He never chummed with other dogs. Lonely he had lived, so far as his kind was concerned, and lonely he would continue to live. In his puppyhood, under the persecution of Lip-lip and the puppy-pack, and in his fighting days with Beauty Smith, he had acquired a fixed aversion for dogs.” source

“He found himself wondering at times, especially in the autumn, about the wild lands, and strange visions of mountains that he had never seen came into his dreams.” J. R. R. Tolkien, The Fellowship of the Ring 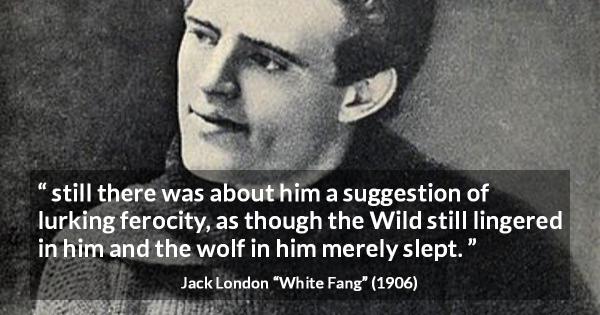 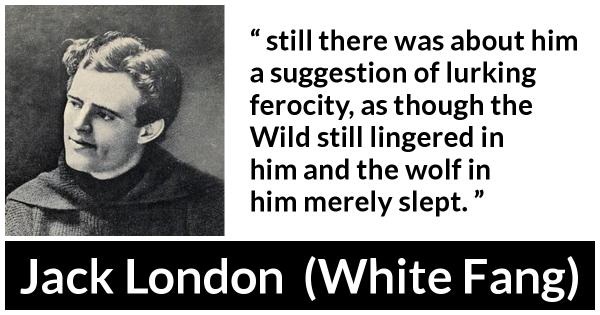 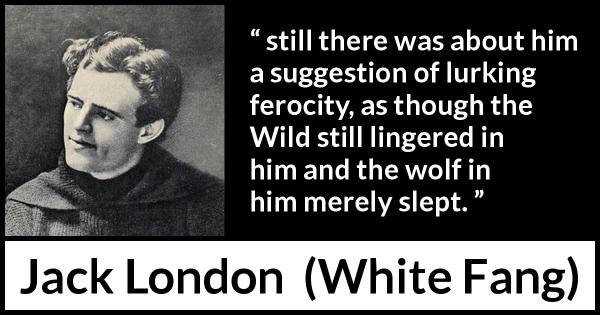 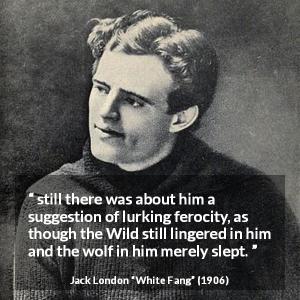 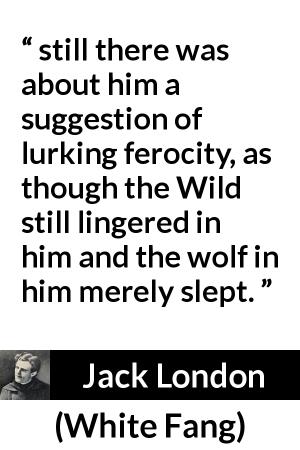 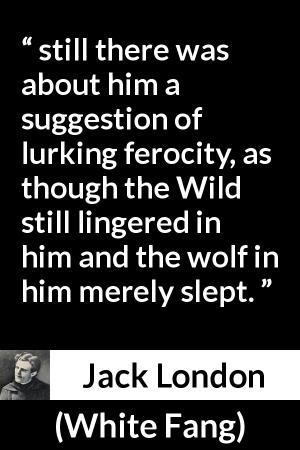