“ The great source of both the misery and disorders of human life, seems to arise from over-rating the difference between one permanent situation and another. ”
Adam Smith, The Theory of Moral Sentiments (1759). copy citation

“In the confinement and solitude of the Bastile, after a certain time, the fashionable and frivolous Count de Lauzun recovered tranquillity enough to be capable of amusing himself with feeding a spider.18 A mind better furnished would, perhaps, have both sooner recovered its tranquillity, and sooner found, in its own thoughts, a much better amusement.
The great source of both the misery and disorders of human life, seems to arise from over-rating the difference between one permanent situation and another. Avarice over-rates the difference between poverty and riches: ambition, that between a private and a public station: vain-glory, that between obscurity and extensive reputation. The person under the influence of any of those extravagant passions, is not only miserable in his actual situation, but is often disposed to disturb the peace of society, in order to arrive at that which he so foolishly admires.” source

“There's only one kind of happiness, but misfortune comes in all shapes and sizes.” Haruki Murakami, Kafka on the Shore

“It is not happiness, but suffering that we consider unnatural. It is not success, but calamity that we regard as the abnormal exception in human life.” Ayn Rand, Atlas Shrugged 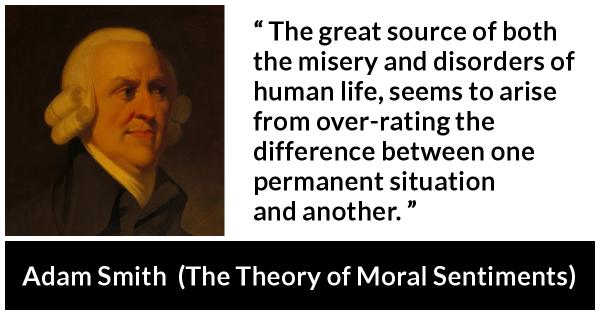 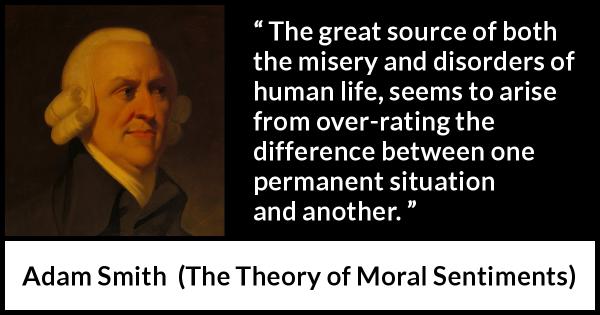 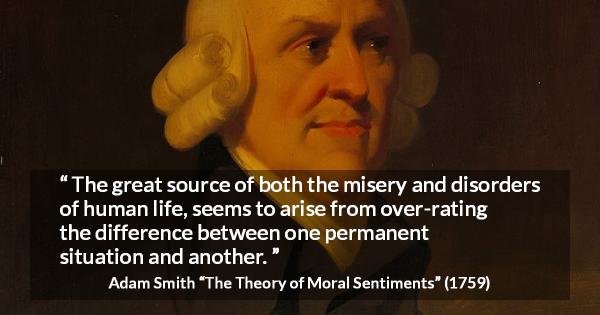 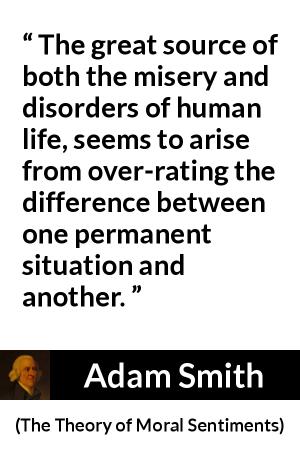 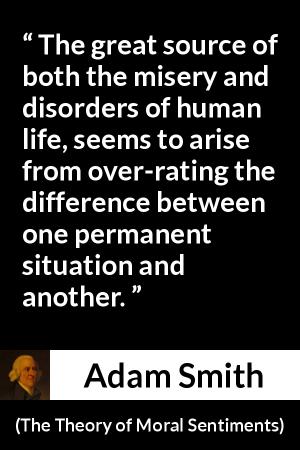 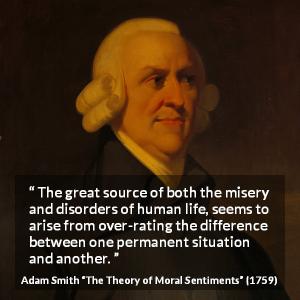