“ I gave him my heart, and he took and pinched it to death, and flung it back to me. People feel with their hearts, Ellen: and since he has destroyed mine, I have not power to feel for him ”
Emily Brontë, Wuthering Heights (1847). copy citation

“would that he could be blotted out of creation, and out of my memory!'
'Hush, hush! He's a human being,' I said. 'Be more charitable: there are worse men than he is yet!'
'He's not a human being,' she retorted; 'and he has no claim on my charity. I gave him my heart, and he took and pinched it to death, and flung it back to me. People feel with their hearts, Ellen: and since he has destroyed mine, I have not power to feel for him: and I would not, though he groaned from this to his dying day, and wept tears of blood for Catherine! No, indeed, indeed, I wouldn't!' And here Isabella began to cry; but, immediately dashing the water from her lashes, she recommenced. 'You asked, what has driven me to flight at last? I was compelled to attempt it, because I had succeeded in rousing his rage a pitch above his malignity.” source

“my heart is set, as firmly as ever heart of man was set on woman. I have no thought, no view, no hope in life, beyond her; and if you oppose me in this great stake, you take my peace and happiness in your hands, and cast them to the wind.” Charles Dickens, Oliver Twist

“He values my understanding and talents more highly than my heart, but I am proud of the latter only.” Johann Wolfgang von Goethe, The Sorrows of Young Werther

“Of course, in a novel, people's hearts break, and they die, and that is the end of it; and in a story this is very convenient. But in real life we do not die when all that makes life bright dies to us.” Harriet Beecher Stowe, Uncle Tom's Cabin 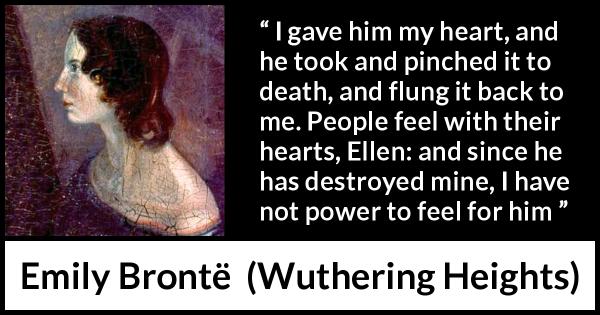 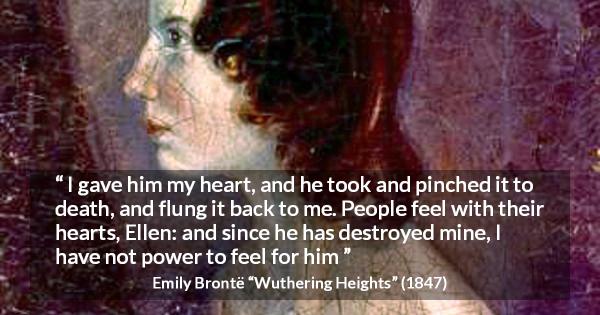 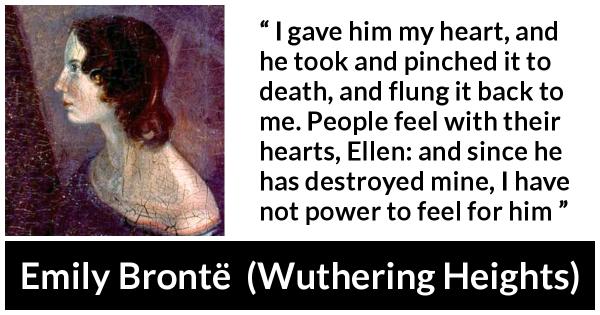 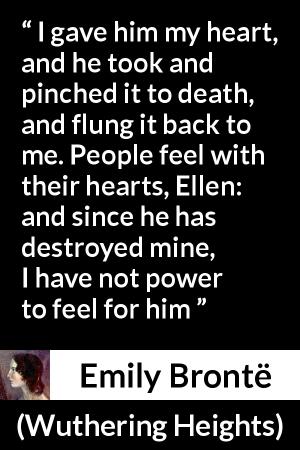 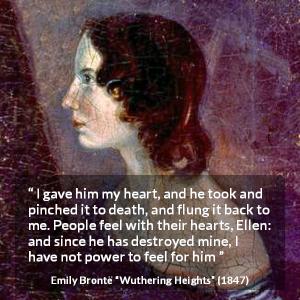 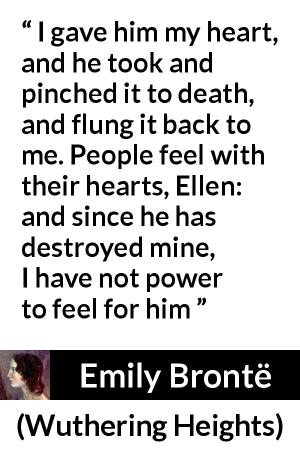