“ my father, who hated guns and had never been to any wars, was the bravest man who ever lived. ”
Harper Lee, To Kill a Mockingbird (1960). copy citation

“He would tell her the courthouse news, and would say he hoped with all his heart she'd have a good day tomorrow. He would return his hat to his head, swing me to his shoulders in her very presence, and we would go home in the twilight. It was times like these when I thought my father, who hated guns and had never been to any wars, was the bravest man who ever lived.
The day after Jem's twelfth birthday his money was burning up his pockets, so we headed for town in the early afternoon. Jem thought he had enough to buy a miniature steam engine for himself and a twirling baton for me.” source

“There’s no shame in fear, my father told me, what matters is how we face it.” George R. R. Martin, A Clash of Kings

“It must be added that the men who most respect embryonic life are the same ones who do not hesitate to send adults to death in war.” Simone de Beauvoir, The Second Sex 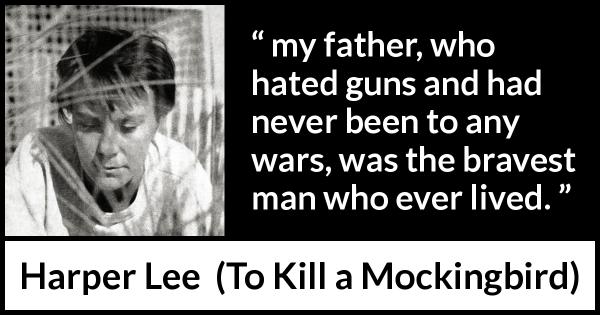 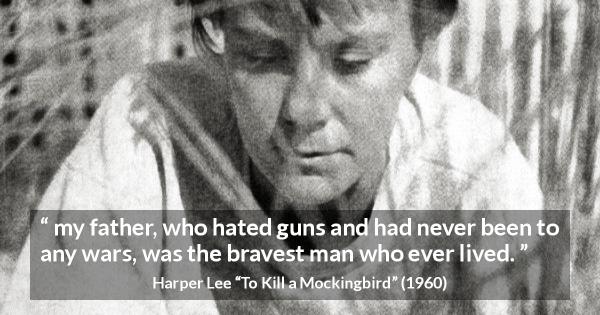 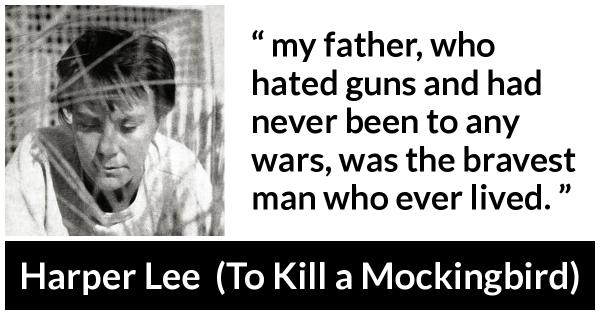 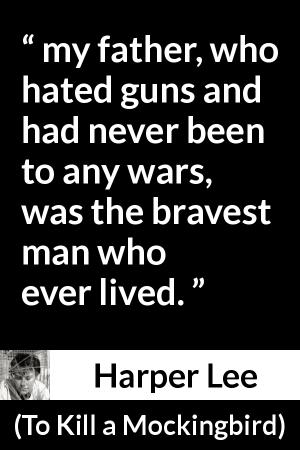 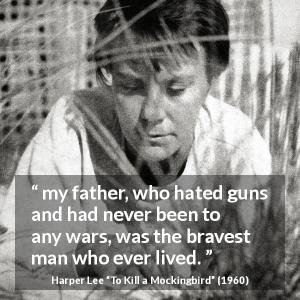 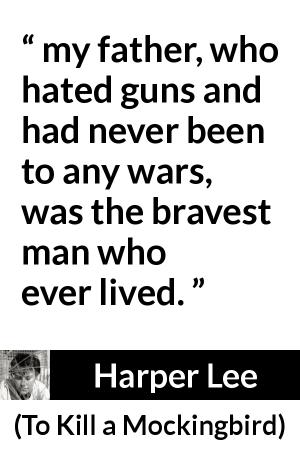