“ If an offense come out of the truth, better it is that the offense come than that the truth be concealed. ”
Thomas Hardy, Tess of the d'Urbervilles (1891). copy citation

“I will just add that the story is sent out in all sincerity of purpose, as an attempt to give artistic form to a true sequence of things; and in respect of the book's opinions and sentiments, I would ask any too genteel reader, who cannot endure to have said what everybody nowadays thinks and feels, to remember a well-worn sentence of St. Jerome's: If an offense come out of the truth, better it is that the offense come than that the truth be concealed.
T.H. November 1891.
Author's Preface to the Fifth and Later Editions This novel being one wherein the great campaign of the heroine begins after an event in her experience which has usually been treated as fatal to her part of protagonist, or at least as the virtual ending of her enterprises and hopes, it was quite contrary to avowed conventions that the public should welcome the book and agree with me in holding that there was something more to be said in fiction than had been said about the shaded side of a well-known catastrophe.” source

“What’s the most offensive is not their lying—one can always forgive lying—lying is a delightful thing, for it leads to truth—what is offensive is that they lie and worship their own lying...” Fyodor Dostoyevsky, Crime and Punishment

“An unbelieved truth can hurt a man much more than a lie. It takes great courage to back truth unacceptable to our times. There’s a punishment for it, and it’s usually crucifixion.” John Steinbeck, East of Eden

“Seldom, very seldom, does complete truth belong to any human disclosure; seldom can it happen that something is not a little disguised, or a little mistaken;” Jane Austen, Emma 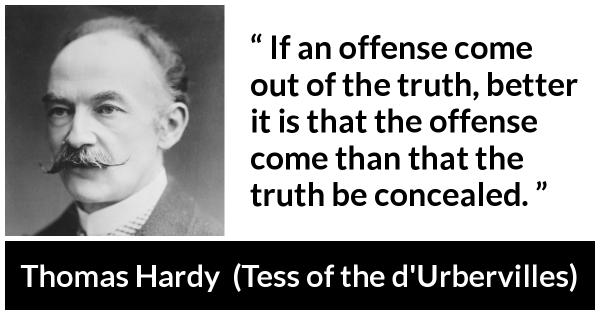 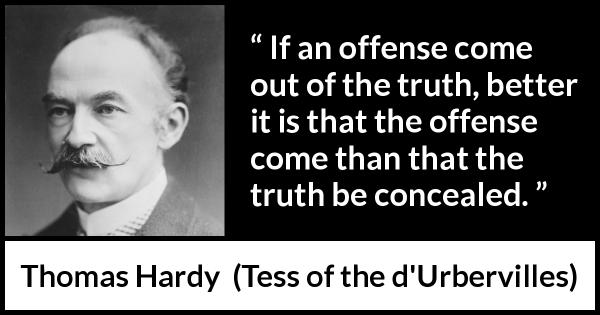 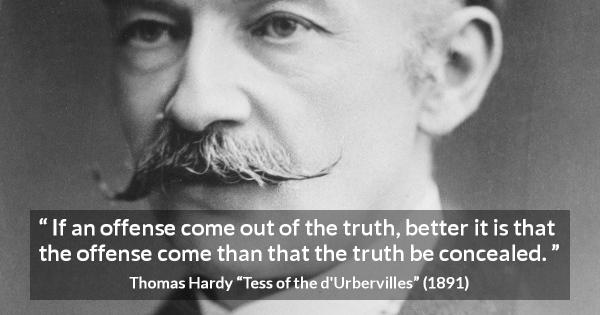 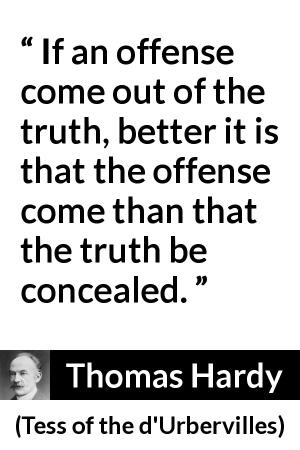 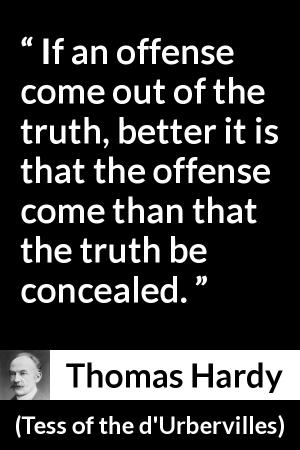 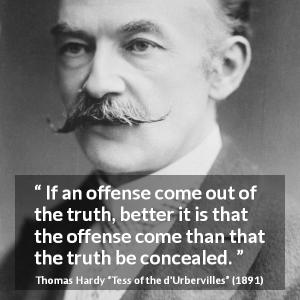