“ Money is the root of all evil, and yet it is such a useful root that we cannot get on without it any more than we can without potatoes. ”
Louisa May Alcott, Little Men (1871). copy citation

“Mrs. Bhaer was right; peace was only a temporary lull, a storm was brewing, and two days after Bess left, a moral earthquake shook Plumfield to its centre.
Tommy's hens were at the bottom of the trouble, for if they had not persisted in laying so many eggs, he could not have sold them and made such sums. Money is the root of all evil, and yet it is such a useful root that we cannot get on without it any more than we can without potatoes. Tommy certainly could not, for he spent his income so recklessly, that Mr. Bhaer was obliged to insist on a savings-bank, and presented him with a private one an imposing tin edifice, with the name over the door, and a tall chimney, down which the pennies were to go, there to rattle temptingly till leave was given to open a sort of trap-door in the floor.” source

“Power and machinery, money and goods, are useful only as they set us free to live.” Henry Ford, My Life and Work 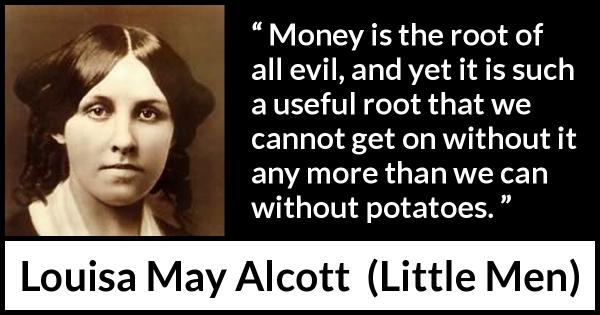 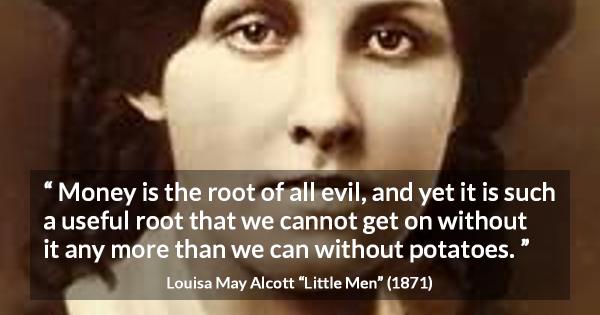 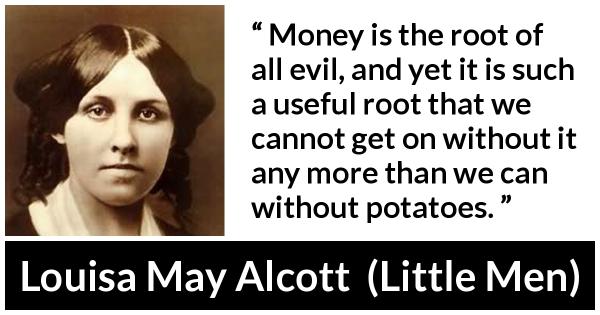 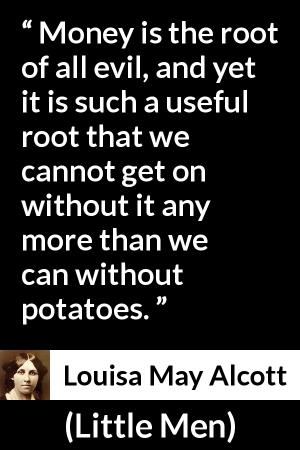 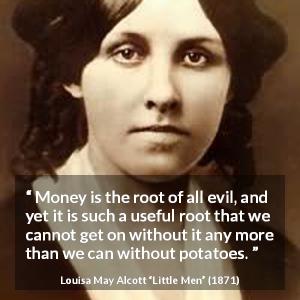 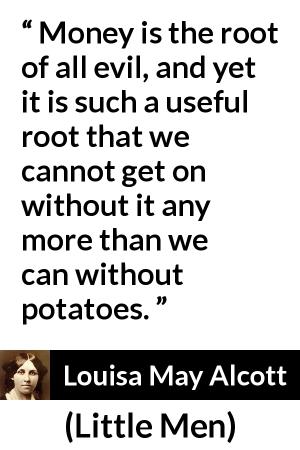