“ Anything can be music, but it doesn't become music until someone wills it to be music, and the audience listening to it decides to perceive it as music. ”
Frank Zappa, The Real Frank Zappa Book (1989). copy citation

“If John Cage, for instance, says, "I'm putting a contact microphone on my throat, and I'm going to drink carrot juice, and that's my composition," then his gurgling qualifies as his composition because he put a frame around it and said so. "Take it or leave it, I now will this to be music." After that it's a matter of taste. Without the frame-as-announced, it's a guy swallowing carrot juice.
So, if music is the best, what is music? Anything can be music, but it doesn't become music until someone wills it to be music, and the audience listening to it decides to perceive it as music.
Most people can't deal with that abstraction — or don't want to. They say: "Gimme the tune. Do I like this tune? Does it sound like another tune that I like? The more familiar it is, the better I like it.” source

“Without music life would be a mistake.” Friedrich Nietzsche, Twilight of the Idols

“It is not easy to determine the nature of music, or why any one should have a knowledge of it.” Aristotle, Politics

“In memory everything seems to happen to music.” Tennessee Williams, The Glass Menagerie

“Though music oft hath such a charm to make bad good, and good provoke to harm.” William Shakespeare, Measure for Measure

“I do not think I can live without something of a musical society. I condition for nothing else; but without music, life would be a blank to me.” Jane Austen, Emma

“A composer is a guy who goes around forcing his will on unsuspecting air molecules, often with the assistance of unsuspecting musicians.” Frank Zappa, The Real Frank Zappa Book 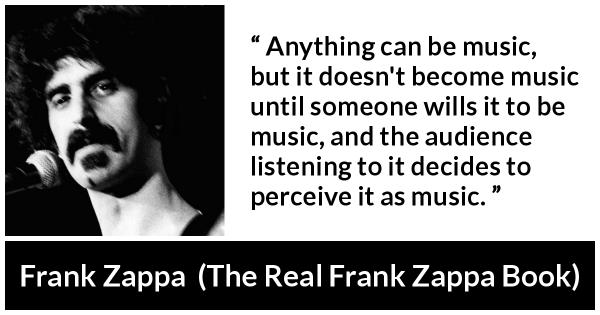 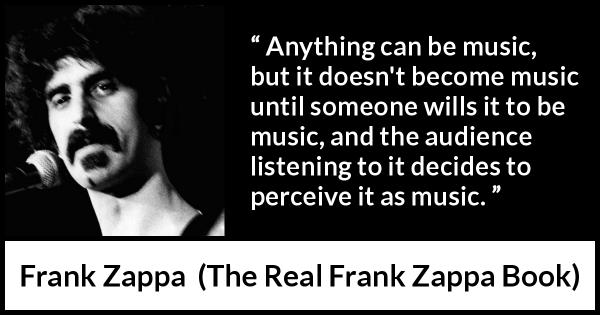 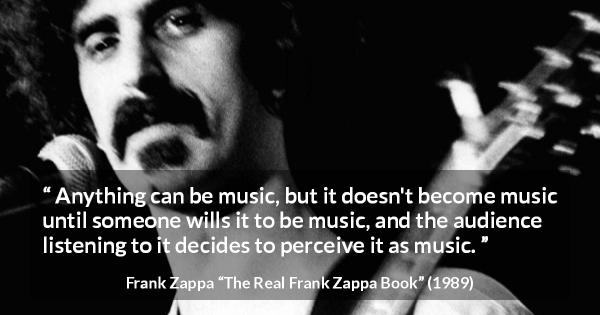 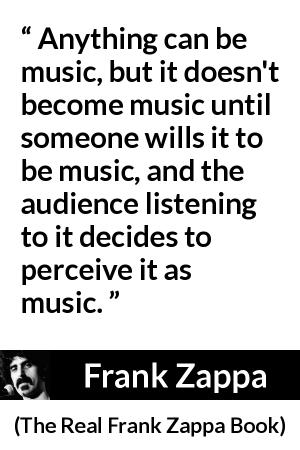 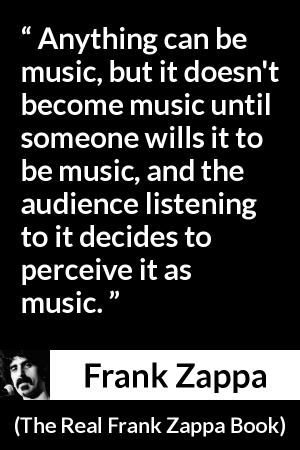 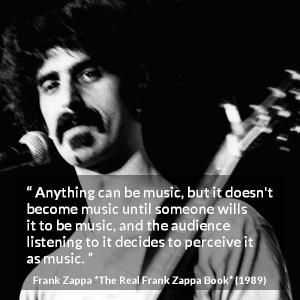