“ The worst of doing one's duty was that it apparently unfitted one for doing anything else. ”
Edith Wharton, The Age of Innocence (1920). copy citation

“The very mysteriousness of such a cure made her the more confident of its efficacy. But Archer had found himself held fast by habit, by memories, by a sudden startled shrinking from new things.
Now, as he reviewed his past, he saw into what a deep rut he had sunk. The worst of doing one's duty was that it apparently unfitted one for doing anything else. At least that was the view that the men of his generation had taken. The trenchant divisions between right and wrong, honest and dishonest, respectable and the reverse, had left so little scope for the unforeseen.” source

“For a right is nothing more than the other aspect of duty.” Jean-Paul Sartre, Nausea

“Every one has his superstitions. One of mine is that in positions of great responsibility every one should do his duty to the best of his ability where assigned by competent authority, without application or the use of influence to change his...” Ulysses S. Grant, Personal Memoirs of Ulysses S. Grant 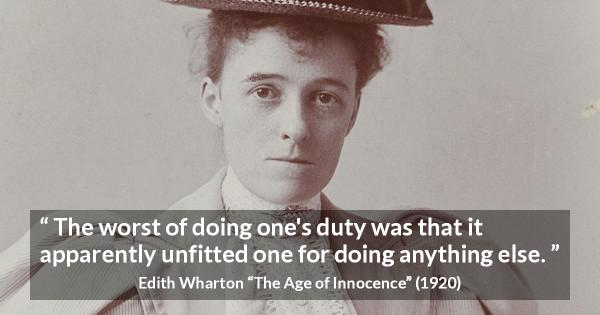 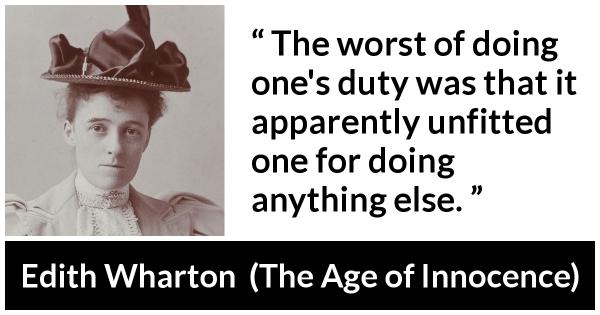 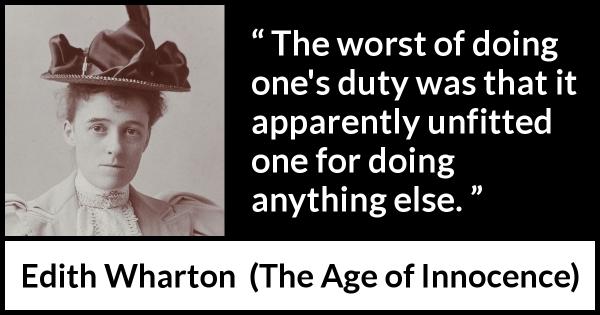 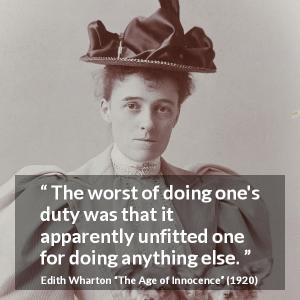 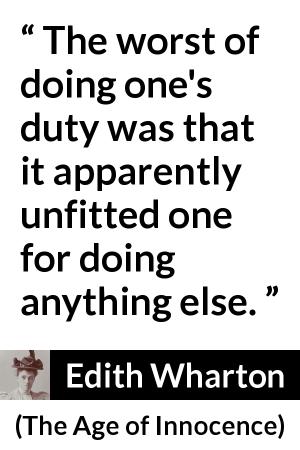 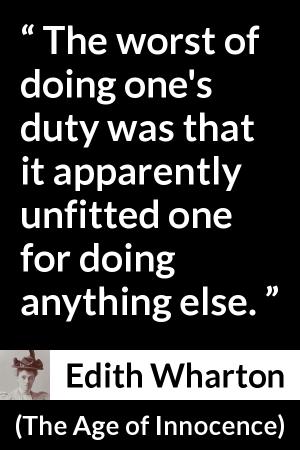