“ A certain simplicity of thought is common to serene souls at both ends of the social scale. ”
Joseph Conrad, The Secret Agent (1907). copy citation

“If he could not give the great and curious lady a very definite idea as to what the world was coming to, he had managed without effort to impress her by his unembittered faith, by the sterling quality of his optimism.
A certain simplicity of thought is common to serene souls at both ends of the social scale. The great lady was simple in her own way. His views and beliefs had nothing in them to shock or startle her, since she judged them from the standpoint of her lofty position. Indeed, her sympathies were easily accessible to a man of that sort.” source

“Then beauty of style and harmony and grace and good rhythm depend on simplicity,—I mean the true simplicity of a rightly and nobly ordered mind and character, not that other simplicity which is only an euphemism for folly?” Plato, The Republic

“The solution of logical problems must be simple for they set the standard of simplicity.” Ludwig Wittgenstein, Tractatus Logico-Philosophicus 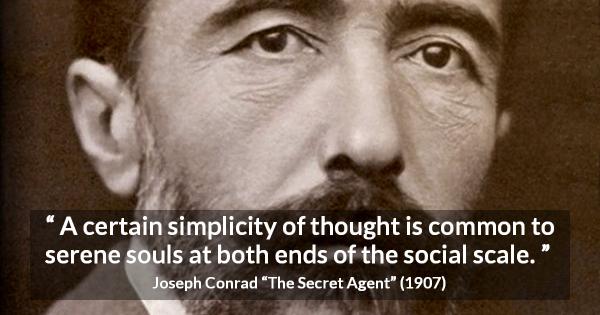 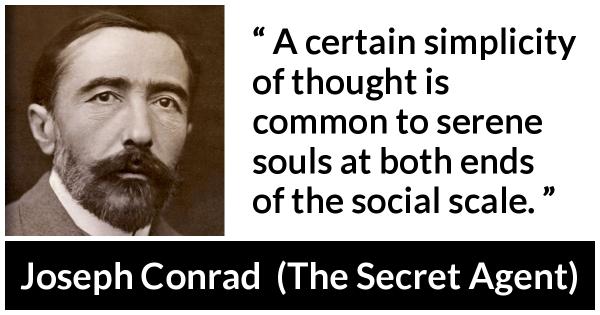 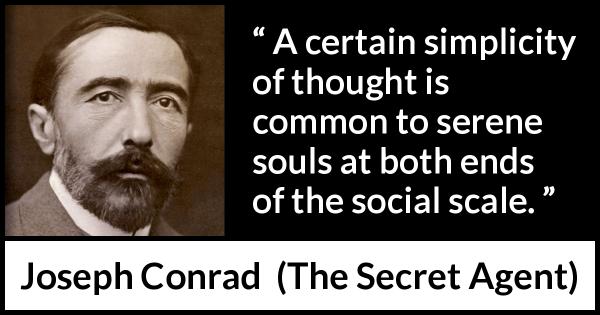 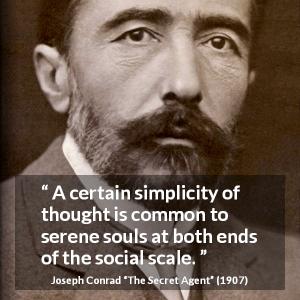 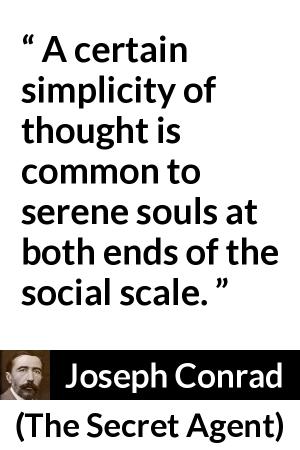 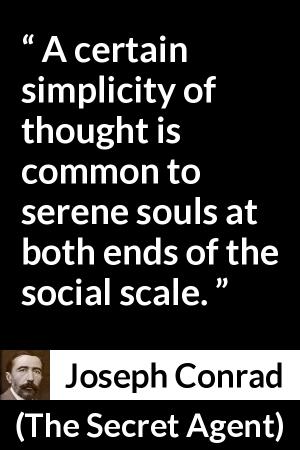