“ Proverbs, like the sacred books of each nation, are the sanctuary of the intuitions. ”
Ralph Waldo Emerson, Compensation (1841). copy citation

“We are to see that which man was tending to do in a given period, and was hindered, or, if you will, modified in doing, by the interfering volitions of Phidias, of Dante, of Shakspeare, the organ whereby man at the moment wrought.
Still more striking is the expression of this fact in the proverbs of all nations, which are always the literature of reason, or the statements of an absolute truth, without qualification. Proverbs, like the sacred books of each nation, are the sanctuary of the intuitions. That which the droning world, chained to appearances, will not allow the realist to say in his own words, it will suffer him to say in proverbs without contradiction. And this law of laws which the pulpit, the senate, and the college deny, is hourly preached in all markets and workshops by flights of proverbs, whose teaching is as true and as omnipresent as that of birds and flies.” source

“Books are the treasured wealth of the world and the fit inheritance of generations and nations.” Henry David Thoreau, Walden

“books are a uniquely portable magic.” Stephen King, On Writing: A Memoir of the Craft

“there is not a single one of those books which does not contradict some other book; so that by the time one has read them all one does not know what to think about anything.” Anatole France, The Crime of Sylvestre Bonnard

“Religions are places to stand and look and act, vantage points from which to view the world.” Neil Gaiman, American Gods 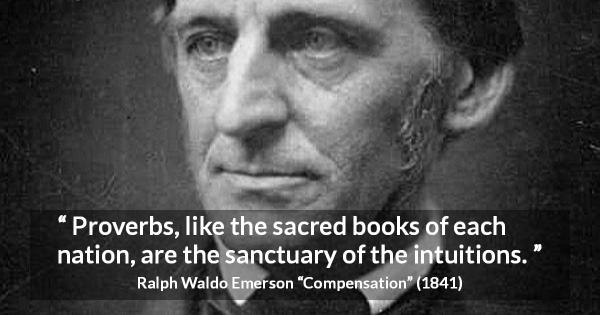 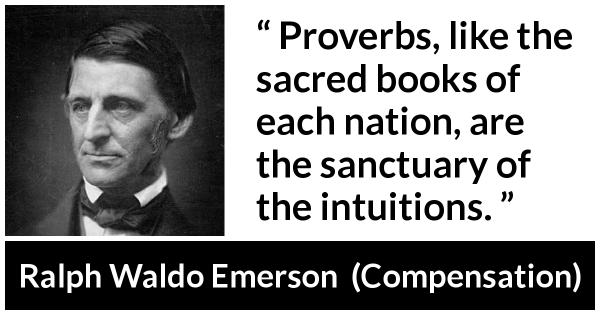 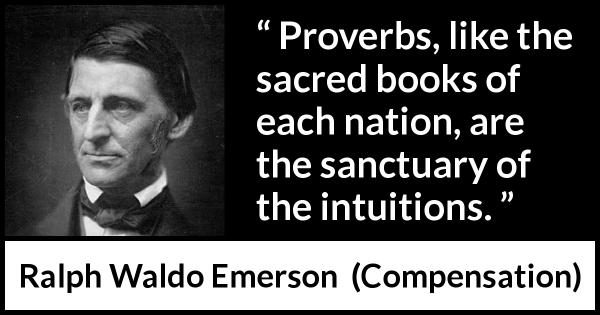 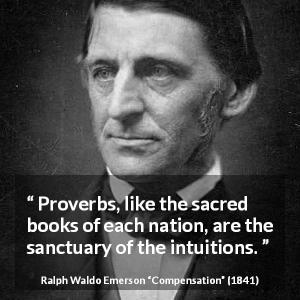 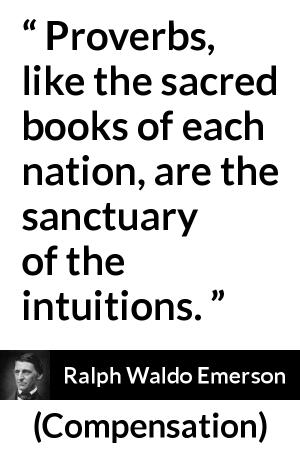 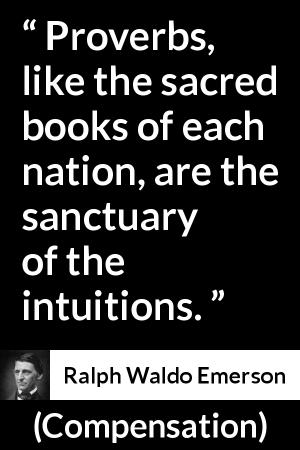