“ It is a curious thing, do you know, Cranly said dispassionately, how your mind is supersaturated with the religion in which you say you disbelieve. ”
James Joyce, A Portrait of the Artist as a Young Man (1916). copy citation

“An eternity of bliss in the company of the dean of studies?
—Remember, Cranly said, that he would be glorified.
—Ay, Stephen said somewhat bitterly, bright, agile, impassible and, above all, subtle.
—It is a curious thing, do you know, Cranly said dispassionately, how your mind is supersaturated with the religion in which you say you disbelieve. Did you believe in it when you were at school? I bet you did.
—I did, Stephen answered.
—And were you happier then? Cranly asked softly, happier than you are now, for instance?
—Often happy, Stephen said, and often unhappy.” source

“Don't think. Believe. Trust your heart, not your brain.” Ayn Rand, The Fountainhead

“Religion and spirituality are very different, but people often confuse the two. Some things cannot be taught, but they can be awakened in the heart.” Muhammad Ali, The Soul of a Butterfly

“one reason I have always detested religion is its sly tendency to insinuate the idea that the universe is designed with 'you' in mind or, even worse, that there is a divine plan into which one fits whether one knows it or not. This kind of...” Christopher Hitchens, Hitch-22

“He did not say that because he knew that if you said a good thing it might not happen.” Ernest Hemingway, The Old Man and the Sea 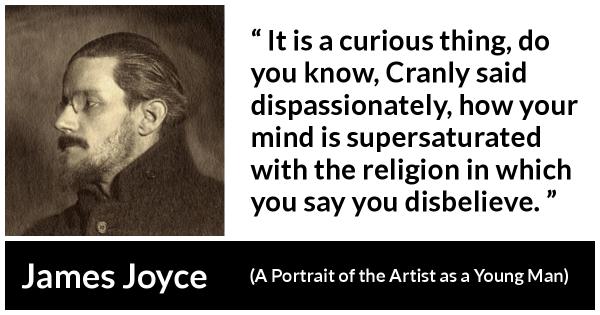 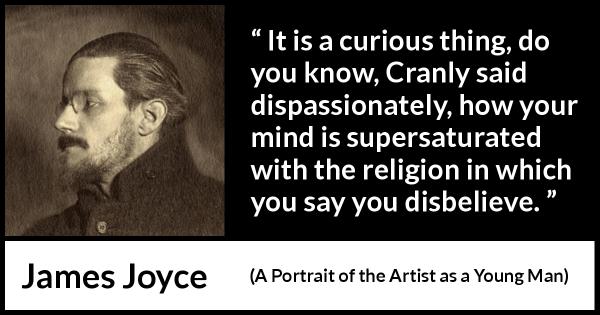 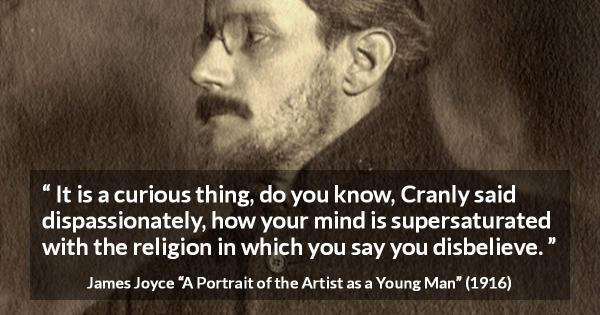 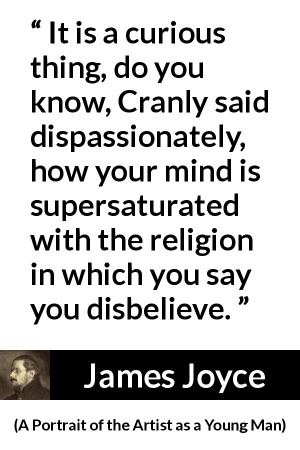 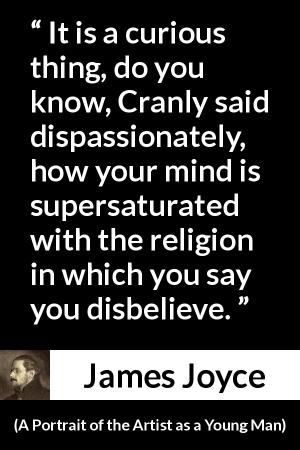 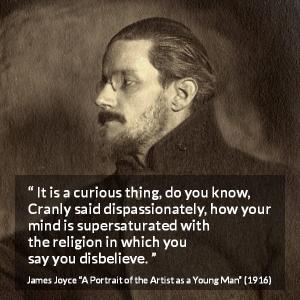