“ The setting of the sun is a difficult time for all fish. ”
Ernest Hemingway, The Old Man and the Sea (1952). copy citation

“It would be better to gut the dolphin a little later to save the blood in the meat, he thought. I can do that a little later and lash the oars to make a drag at the same time. I had better keep the fish quiet now and not disturb him too much at sunset. The setting of the sun is a difficult time for all fish.
He let his hand dry in the air then grasped the line with it and eased himself as much as he could and allowed himself to be pulled forward against the wood so that the boat took the strain as much, or more, than he did.” source

“It's not too bad when the sun's out, but the sun only comes out when it feels like coming out.” J. D. Salinger, The Catcher in the Rye

“There is no sun without shadow, and it is essential to know the night.” Albert Camus, The Myth of Sisyphus

“Across the sea of space the stars are other suns.” Carl Sagan, Cosmos

“Every star may be a sun to someone.” Carl Sagan, Cosmos

“Men shut their doors against a setting sun.” William Shakespeare, Timon of Athens

“The sun is new again, all day” Heraclitus, On Nature

“It does no harm to the romance of the sunset to know a little bit about it.” Carl Sagan, Pale Blue Dot 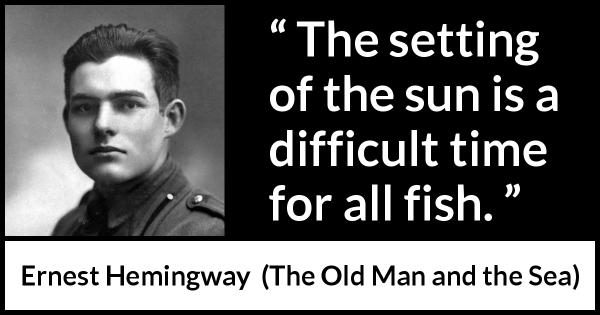 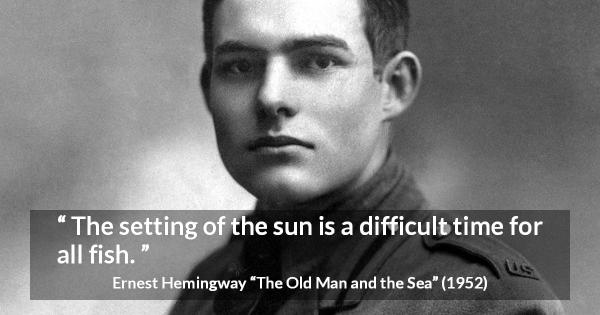 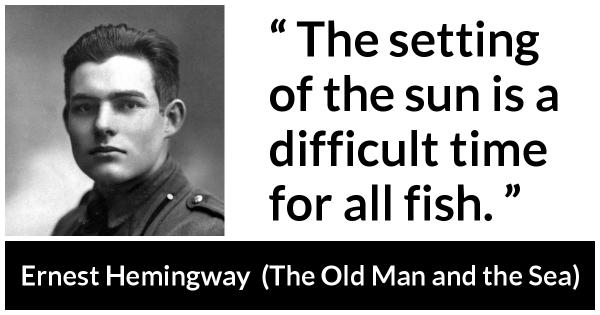 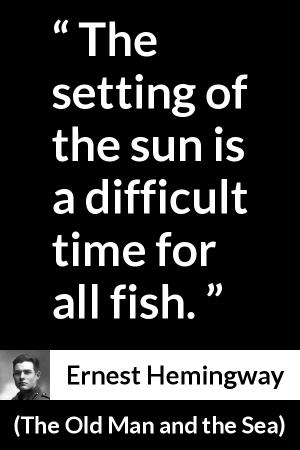 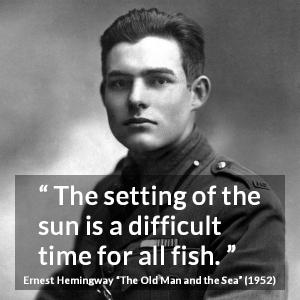 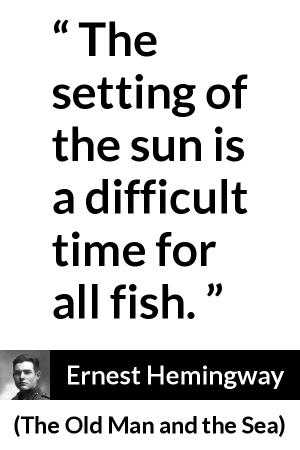