“—I should have a register of injuries, or a prompter, as Darius, who, that he might not forget the offence he had received from those of Athens, so oft as he sat down to dinner, ordered one of his pages three times to repeat in his ear, «Sir, remember the Athenians»;—[Herod., v. 105.] —and then, again, the places which I revisit, and the books I read over again, still smile upon me with a fresh novelty.
It is not without good reason said «that he who has not a good memory should never take upon him the trade of lying.» I know very well that the grammarians—[Nigidius, Aulus Gellius, xi. ii; Nonius, v. 80.] — distinguish betwixt an untruth and a lie, and say that to tell an untruth is to tell a thing that is false, but that we ourselves believe to be true; and that the definition of the word to lie in Latin, from which our French is taken, is to tell a thing which we know in our conscience to be untrue; and it is of this last sort of liars only that I now speak.” source
Original quote
“Ce n'est pas sans raison qu'on dit que qui ne se sent point assez ferme de mémoire ne se doit pas mêler d'être menteur.” Michel de Montaigne, Essais

“The most common sort of lie is that by which a man deceives himself: the deception of others is a relatively rare offence.” Friedrich Nietzsche, The Antichrist 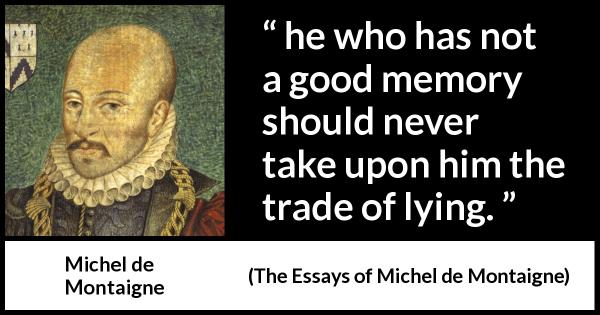 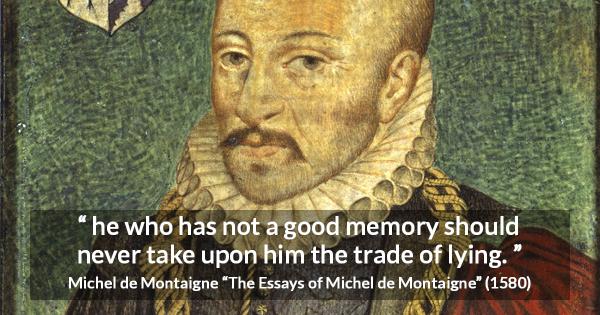 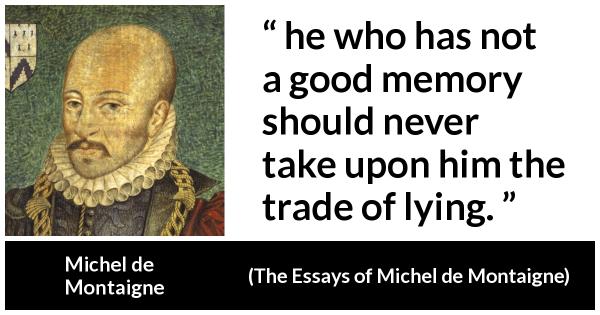 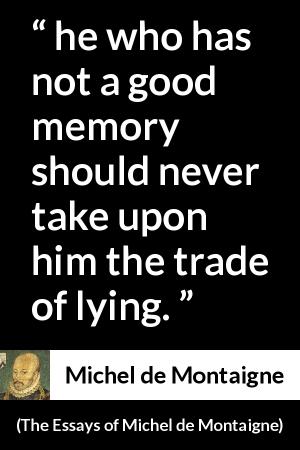 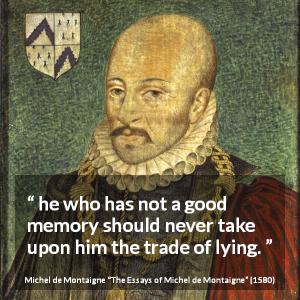 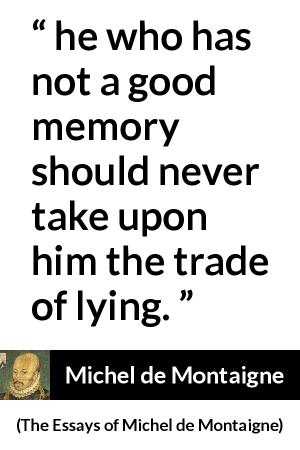