“ he seemed to mean, not only that the most reliable and useful courage was that which arises from the fair estimation of the encountered peril, but that an utterly fearless man is a far more dangerous comrade than a coward. ”
Herman Melville, Moby-Dick (1851). copy citation

“And if at times these things bent the welded iron of his soul, much more did his far-away domestic memories of his young Cape wife and child, tend to bend him still more from the original ruggedness of his nature, and open him still further to those latent influences which, in some honest-hearted men, restrain the gush of dare-devil daring, so often evinced by others in the more perilous vicissitudes of the fishery. «I will have no man in my boat,» said Starbuck, «who is not afraid of a whale.» By this, he seemed to mean, not only that the most reliable and useful courage was that which arises from the fair estimation of the encountered peril, but that an utterly fearless man is a far more dangerous comrade than a coward.
«Aye, aye,» said Stubb, the second mate, «Starbuck, there, is as careful a man as you'll find anywhere in this fishery.» But we shall ere long see what that word «careful» precisely means when used by a man like Stubb, or almost any other whale hunter.” source

“The only time a man can be brave is when he is afraid” George R. R. Martin, A Dance with Dragons

“We believe in ordinary acts of bravery, in the courage that drives one person to stand up for another.” Veronica Roth, Divergent

“The treacherous are ever distrustful” J. R. R. Tolkien, The Two Towers

“Suddenly he knew joy and sorrow felted into one fabric. Courage and fear were one thing too.” John Steinbeck, East of Eden 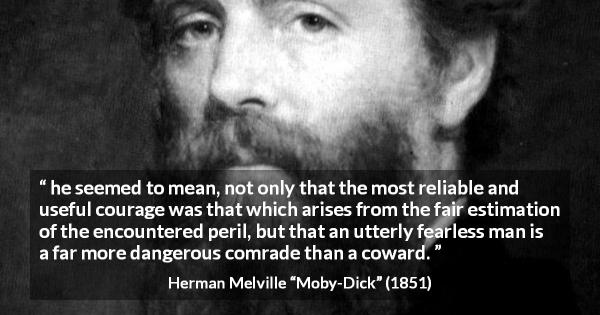 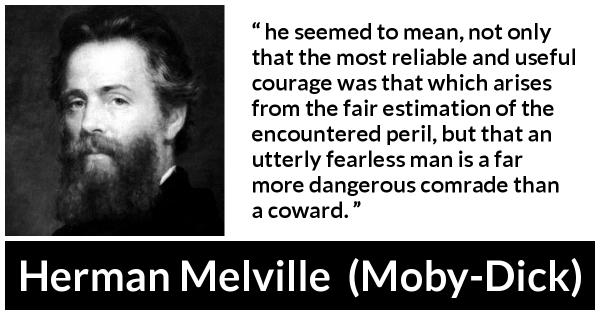 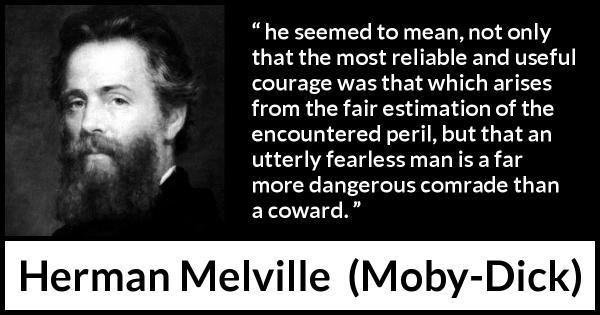 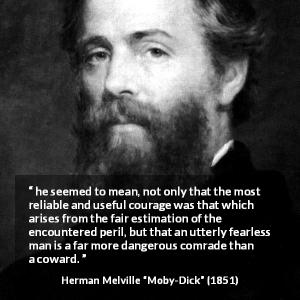 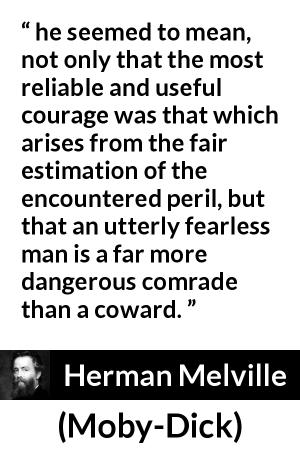 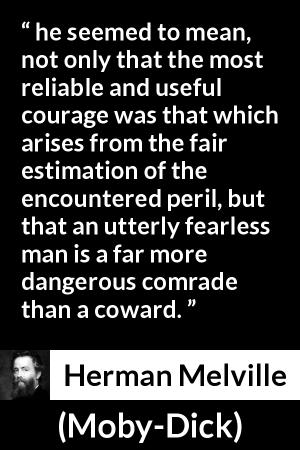