“For my own part, I cannot without grief see so much as an innocent beast pursued and killed that has no defence, and from which we have received no offence at all; and that which frequently happens, that the stag we hunt, finding himself weak and out of breath, and seeing no other remedy, surrenders himself to us who pursue him, imploring mercy by his tears: «Questuque cruentus, Atque imploranti similis,» [«Who, bleeding, by his tears seems to crave mercy.» —AEnead, vii. 501.]
has ever been to me a very unpleasing sight; and I hardly ever take a beast alive that I do not presently turn out again. Pythagoras bought them of fishermen and fowlers to do the same:
«Primoque a caede ferarum, Incaluisse puto maculatum sanguine ferrum.» [«I think 'twas slaughter of wild beasts that first stained the steel of man with blood.»” source
Original quote
“Je ne prends guère de bête en vie à qui je ne redonne les champs.” Michel de Montaigne, Essais

“For the most wild, yet most homely narrative which I am about to pen, I neither expect nor solicit belief. Mad indeed would I be to expect it, in a case where my very senses reject their own evidence. Yet, mad am I not — and very surely do I...” Edgar Allan Poe, The Black Cat 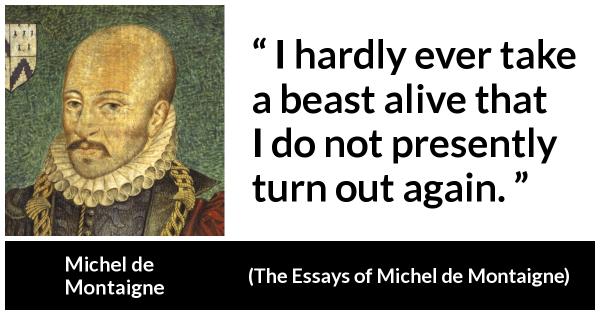 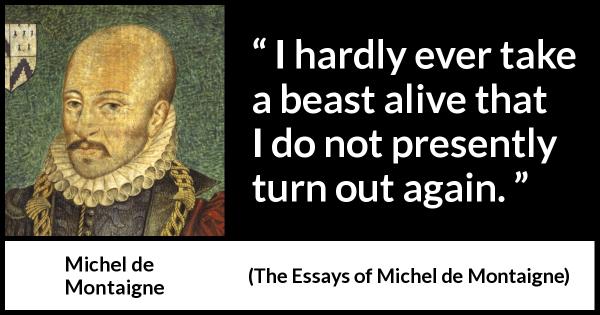 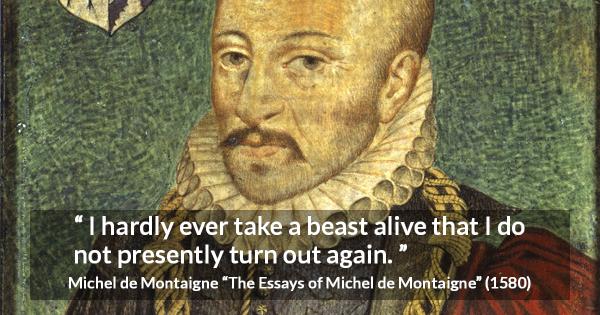 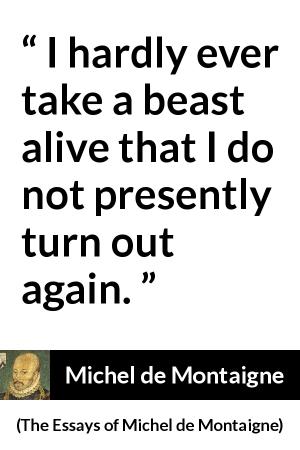 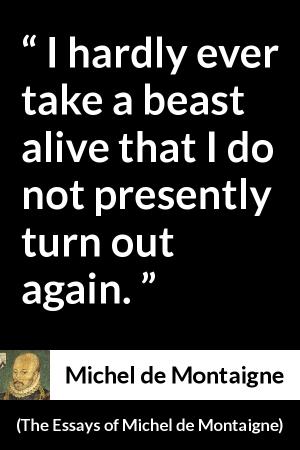 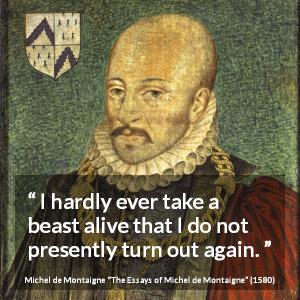