“ And she tried to fancy what the flame of a candle is like after the candle is blown out, for she could not remember ever having seen such a thing. ”
Lewis Carroll, Alice's Adventures in Wonderland (1865). copy citation

“First, however, she waited for a few minutes to see if she was going to shrink any further: she felt a little nervous about this; 'for it might end, you know,' said Alice to herself, 'in my going out altogether, like a candle. I wonder what I should be like then?' And she tried to fancy what the flame of a candle is like after the candle is blown out, for she could not remember ever having seen such a thing.
After a while, finding that nothing more happened, she decided on going into the garden at once; but, alas for poor Alice! when she got to the door, she found she had forgotten the little golden key, and when she went back to the table for it, she found she could not possibly reach it: she could see it quite plainly through the glass, and she tried her best to climb up one of the legs of the table, but it was too slippery; and when she had tired herself out with trying, the poor little thing sat down and cried.” source

“They say that rather than cursing the darkness, one should light a candle. They don't mention anything about cursing a lack of candles.” George Carlin, When Will Jesus Bring The Pork Chops?

“A blaze of love, and extinction, was better than a lantern glimmer of the same which should last long years.” Thomas Hardy, The Return of the Native 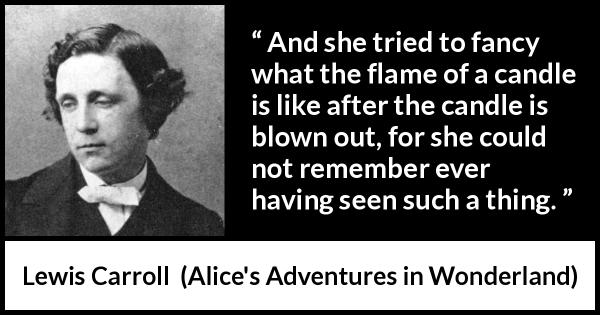 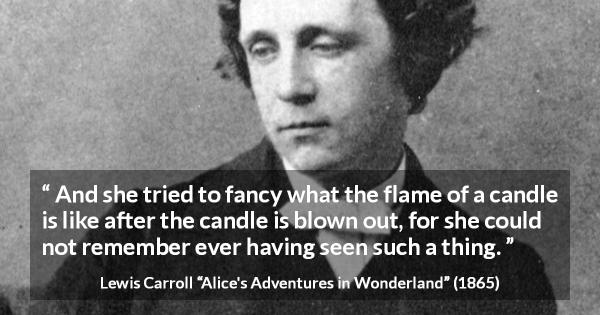 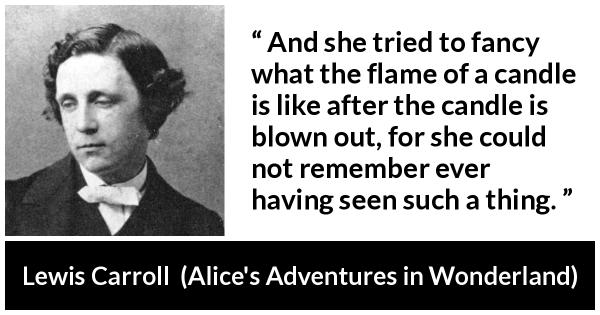 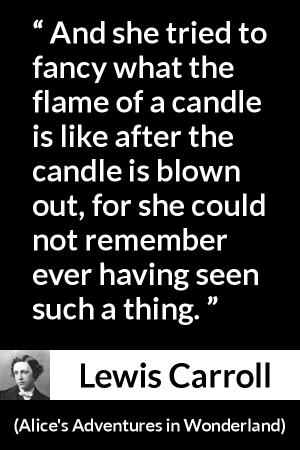 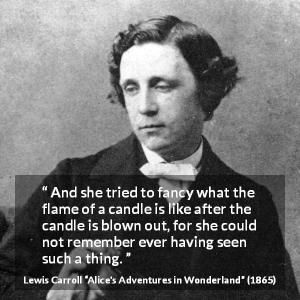 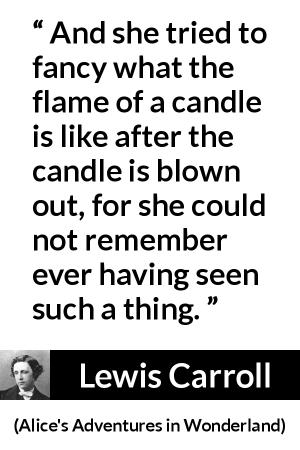