“ When a man Reasoneth, hee does nothing els but conceive a summe totall, from Addition of parcels; or conceive a Remainder, from Substraction of one summe from another ”
Thomas Hobbes, Leviathan (1651). copy citation

“And therefore such names can never be true grounds of any ratiocination. No more can Metaphors, and Tropes of speech: but these are less dangerous, because they profess their inconstancy; which the other do not.
CHAPTER V. OF REASON, AND SCIENCE.
Reason What It Is When a man Reasoneth, hee does nothing els but conceive a summe totall, from Addition of parcels; or conceive a Remainder, from Substraction of one summe from another: which (if it be done by Words,) is conceiving of the consequence of the names of all the parts, to the name of the whole; or from the names of the whole and one part, to the name of the other part. And though in some things, (as in numbers,) besides Adding and Substracting, men name other operations, as Multiplying and Dividing; yet they are the same; for Multiplication, is but Addition together of things equall; and Division, but Substracting of one thing, as often as we can.” source

“Whatsoever is, is in God, and without God nothing can be, or be conceived.” Baruch Spinoza, Ethics 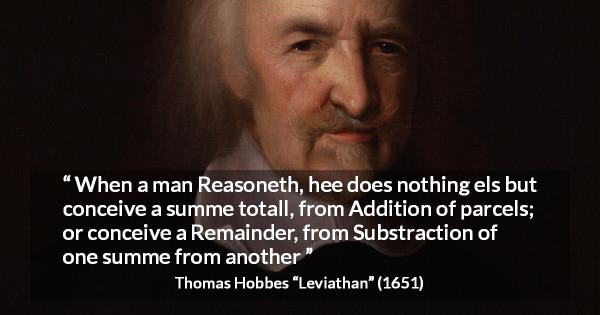 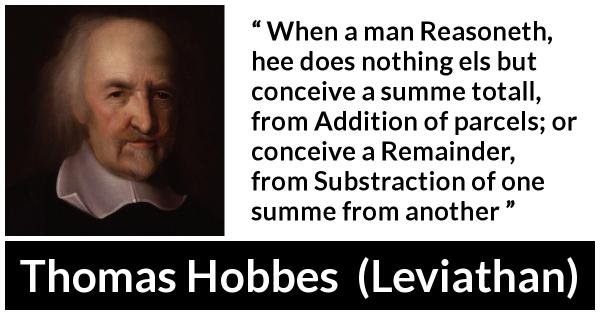 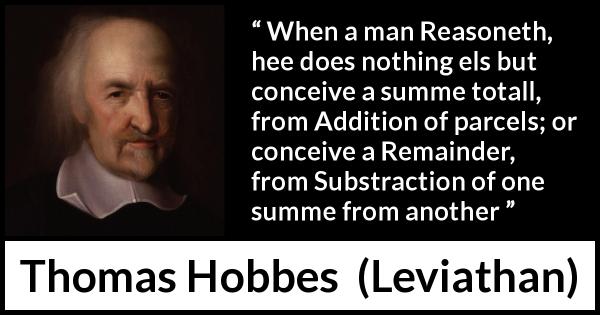 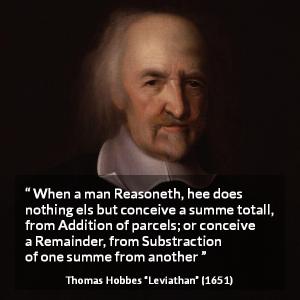 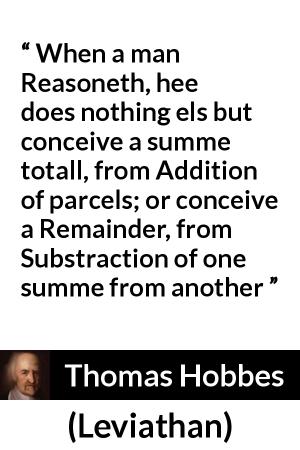 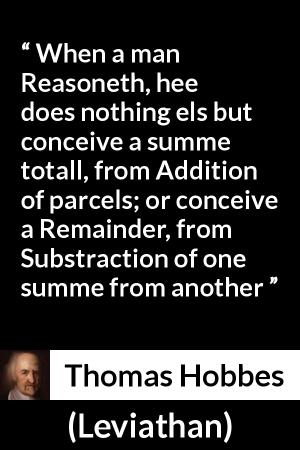