“ For the principle of equality begets two tendencies; the one leads men straight to independence, and may suddenly drive them into anarchy; the other conducts them by a longer, more secret, but more certain road, to servitude. ”
Alexis de Tocqueville, Democracy in America (1840). copy citation

“As the citizens have no direct influence on each other, as soon as the supreme power of the nation fails, which kept them all in their several stations, it would seem that disorder must instantly reach its utmost pitch, and that, every man drawing aside in a different direction, the fabric of society must at once crumble away.
I am, however, persuaded that anarchy is not the principal evil which democratic ages have to fear, but the least. For the principle of equality begets two tendencies; the one leads men straight to independence, and may suddenly drive them into anarchy; the other conducts them by a longer, more secret, but more certain road, to servitude. Nations readily discern the former tendency, and are prepared to resist it; they are led away by the latter, without perceiving its drift; hence it is peculiarly important to point it out. For myself, I am so far from urging as a reproach to the principle of equality that it renders men untractable, that this very circumstance principally calls forth my approbation.” source
Original quote
“L'égalité produit, en effet, deux tendances : l'une mène directement les hommes à l'indépendance, et peut les pousser tout à coup jusqu'à l'anarchie ; l'autre les conduit par un chemin plus long, plus secret, mais plus sûr, vers la servitude.” Alexis de Tocqueville, De la démocratie en Amérique

“It is easy in the world to live after the world's opinion; it is easy in solitude to live after our own; but the great man is he who in the midst of the crowd keeps with perfect sweetness the independence of solitude.” Ralph Waldo Emerson, Self-Reliance 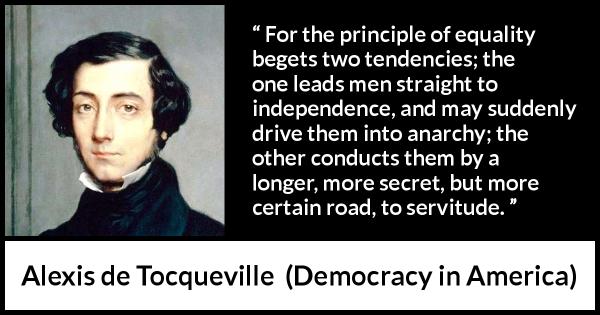 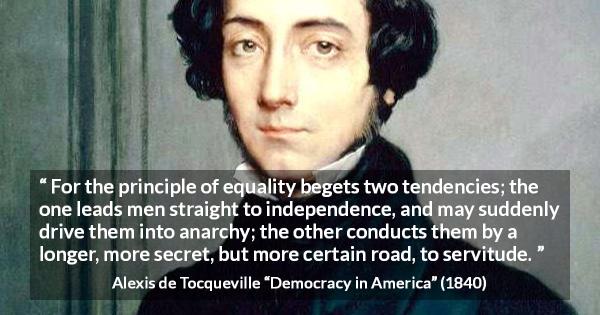 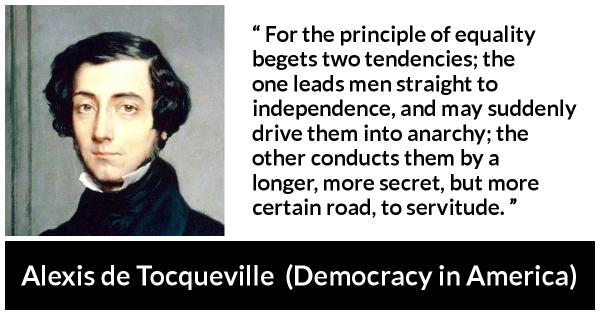 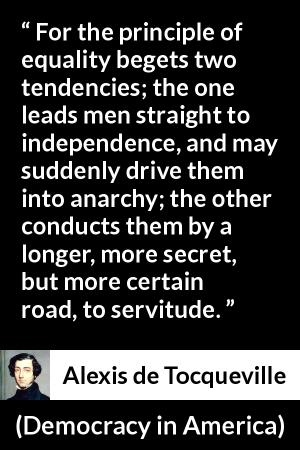 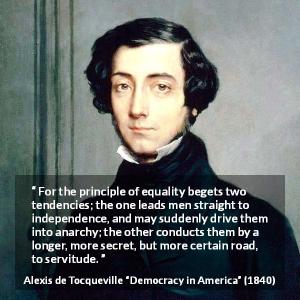 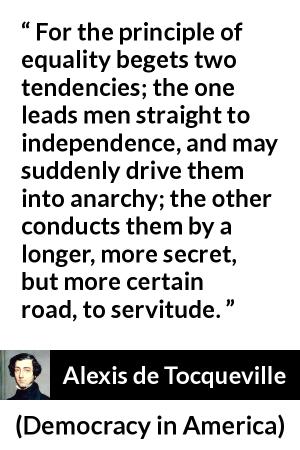