“ By rebelling against everything he has lost his right to rebel against anything. ”
G. K. Chesterton, Orthodoxy (1908). copy citation

“In his book on politics he attacks men for trampling on morality; in his book on ethics he attacks morality for trampling on men. Therefore the modern man in revolt has become practically useless for all purposes of revolt. By rebelling against everything he has lost his right to rebel against anything.
It may be added that the same blank and bankruptcy can be observed in all fierce and terrible types of literature, especially in satire. Satire may be mad and anarchic, but it presupposes an admitted superiority in certain things over others; it presupposes a standard.” source 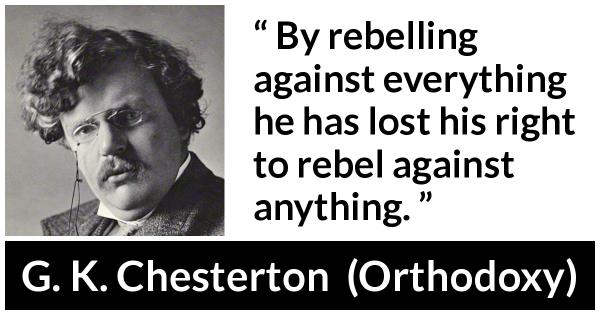 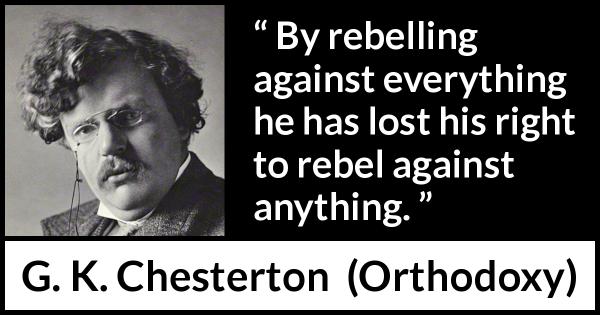 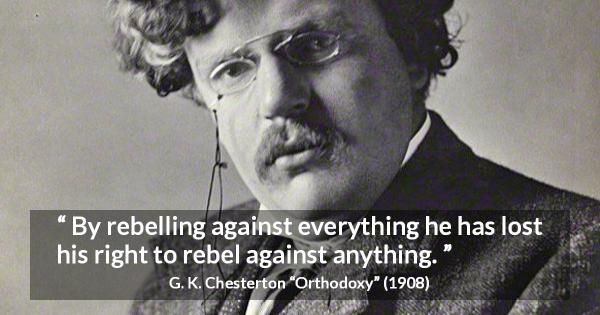 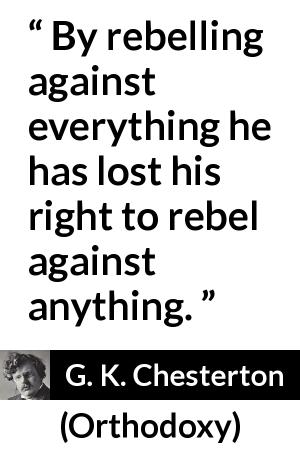 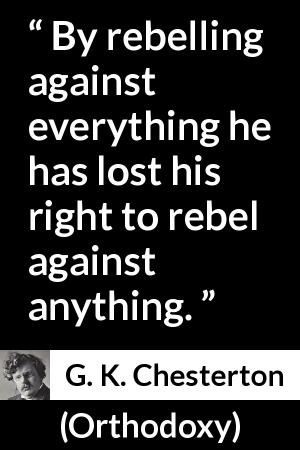 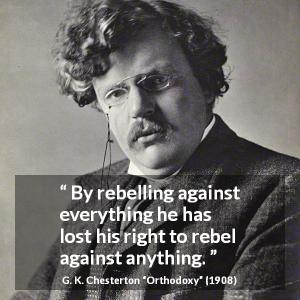