“ It seemed as if my tongue pronounced words without my will consenting to their utterance: something spoke out of me over which I had no control. ”
Charlotte Brontë, Jane Eyre (16 October 1847). copy citation

“Mrs. Reed was rather a stout woman; but, on hearing this strange and audacious declaration, she ran nimbly up the stair, swept me like a whirlwind into the nursery, and crushing me down on the edge of my crib, dared me in an emphatic voice to rise from that place, or utter one syllable during the remainder of the day. «What would Uncle Reed say to you, if he were alive?» was my scarcely voluntary demand. I say scarcely voluntary, for it seemed as if my tongue pronounced words without my will consenting to their utterance: something spoke out of me over which I had no control.
«What?» said Mrs. Reed under her breath: her usually cold composed grey eye became troubled with a look like fear; she took her hand from my arm, and gazed at me as if she really did not know whether I were child or fiend.” source

“Sir . . . with no intention to take offence, I deny your right to put words into my mouth.” Robert Louis Stevenson, Treasure Island

“I loved him very much—more than I could trust myself to say—more than words had power to express.” Charlotte Brontë, Jane Eyre

“While we loved each other we didn't need words to make ourselves understood.” Albert Camus, The Plague

“I drank in my words like a thirsty man. I even began to believe them.” Charles Bukowski, Ham on Rye

“Teach me to speak the language of men.” Edgar Rice Burroughs, Tarzan of the Apes

“The captain has said too much or he has said too little, and I'm bound to say that I require an explanation of his words.” Robert Louis Stevenson, Treasure Island 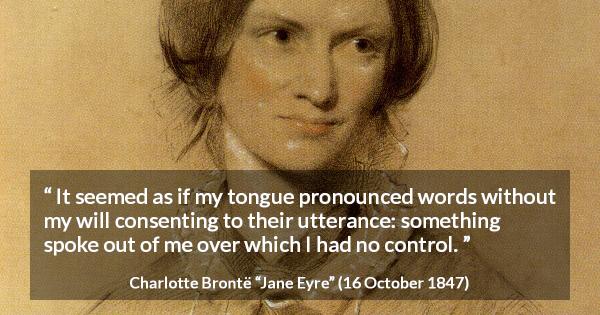 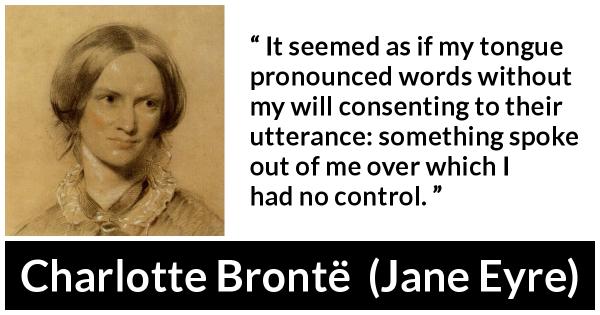 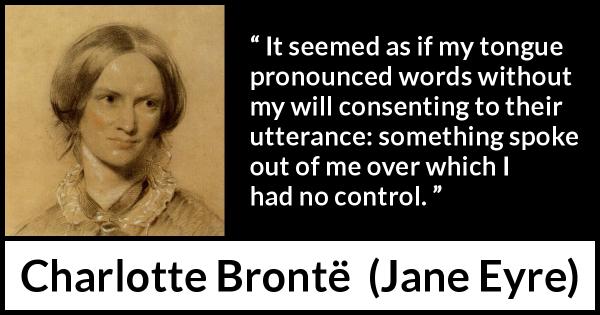 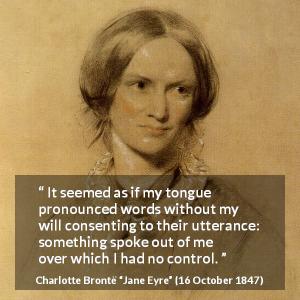 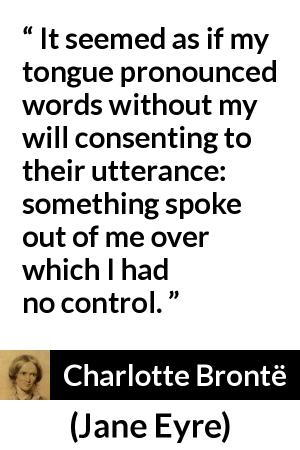 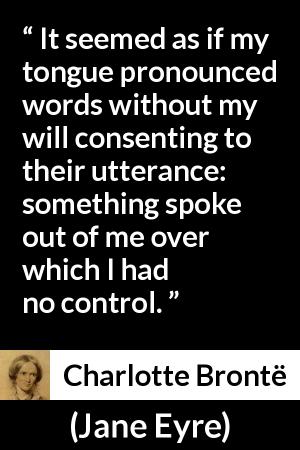