“ that is very interesting history . . . and I understand it perfectly all but the explanation. ”
L. Frank Baum, The Marvelous Land of Oz (1904). copy citation

“But the Wizard couldn't send her back, because he wasn't so much of a Wizard as he might have been. And then they got angry at the Wizard, and threatened to expose him; so the Wizard made a big balloon and escaped in it, and no one has ever seen him since."
"Now, that is very interesting history," said Jack, well pleased; "and I understand it perfectly all but the explanation."
"I'm glad you do," responded Tip. "After the Wizard was gone, the people of the Emerald City made His Majesty, the Scarecrow, their King; and I have heard that he became a very popular ruler."
” source

“Very simple was my explanation, and plausible enough—as most wrong theories are!” H. G. Wells, The Time Machine

“We understand more than we know.” Margaret Atwood, Oryx and Crake

“The important thing to understand about American history . . . is that it is fictional, a charcoal-sketched simplicity for the children, or the easily bored.” Neil Gaiman, American Gods

“The most difficult subjects can be explained to the most slow-witted man if he has not formed any idea of them already; but the simplest thing cannot be made clear to the most intelligent man if he is firmly persuaded that he knows already,...” Leo Tolstoy, The Kingdom of God Is Within You 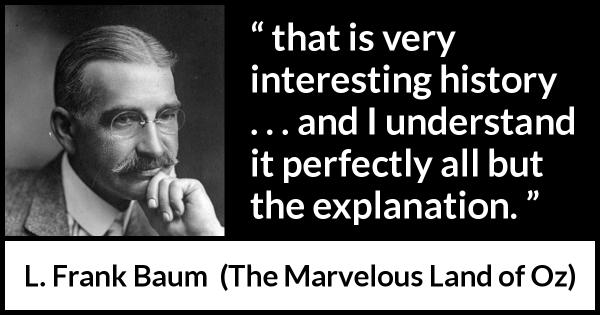 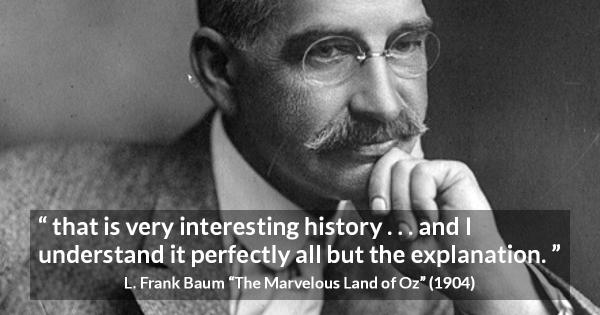 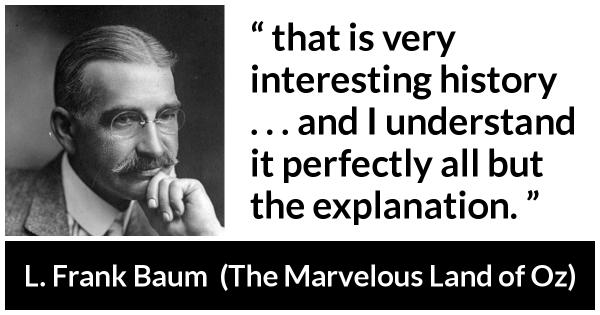 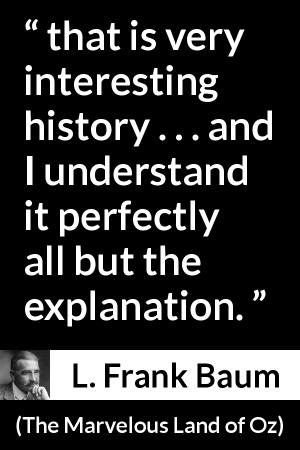 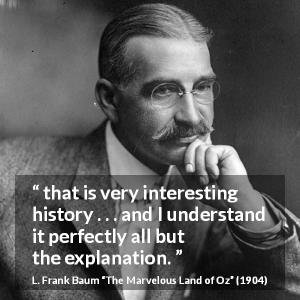 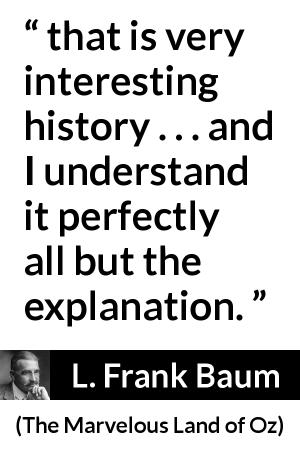