“ that war is just which is necessary, and arms are hallowed when there is no other hope but in them. ”
Niccolò Machiavelli, The Prince (1532). copy citation

“And although they were great and wonderful men, yet they were men, and each one of them had no more opportunity than the present offers, for their enterprises were neither more just nor easier than this, nor was God more their friend than He is yours.
(*) Giuliano de Medici. He had just been created a cardinal by Leo X. In 1523 Giuliano was elected Pope, and took the title of Clement VII.
With us there is great justice, because that war is just which is necessary, and arms are hallowed when there is no other hope but in them. Here there is the greatest willingness, and where the willingness is great the difficulties cannot be great if you will only follow those men to whom I have directed your attention. Further than this, how extraordinarily the ways of God have been manifested beyond example: the sea is divided, a cloud has led the way, the rock has poured forth water, it has rained manna, everything has contributed to your greatness; you ought to do the rest.” source

“We are advocates of the abolition of war, we do not want war; but war can only be abolished through war, and in order to get rid of the gun it is necessary to take up the gun.” Mao Zedong, Quotations from Chairman Mao Tse-tung

“Listen up—there's no war that will end all wars . . . War breeds war.” Haruki Murakami, Kafka on the Shore

“the object of waging a war is always to be in a better position in which to wage another war.” George Orwell, 1984

“Every gun that is made, every warship launched, every rocket fired signifies, in the final sense, a theft from those who hunger and are not fed, those who are cold and are not clothed. This world in arms is not spending money alone. It is...” Dwight D. Eisenhower, The Chance for Peace 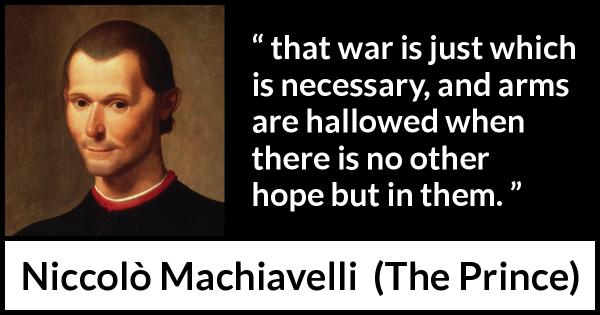 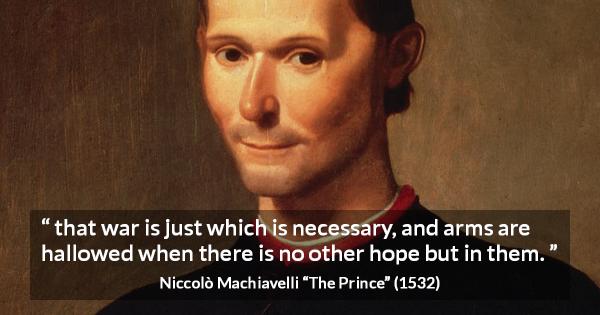 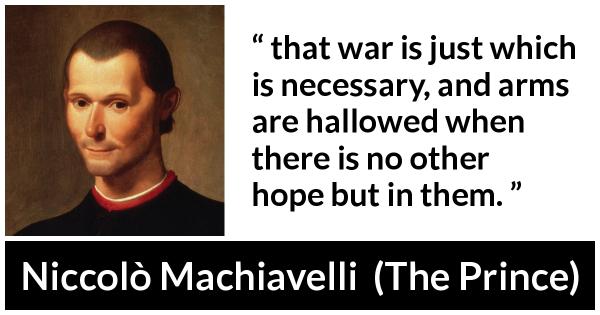 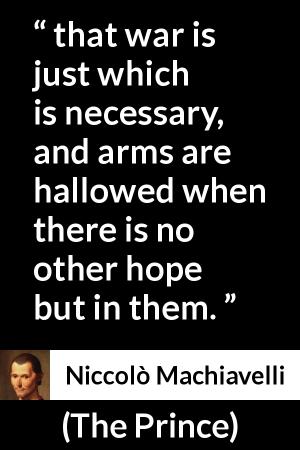 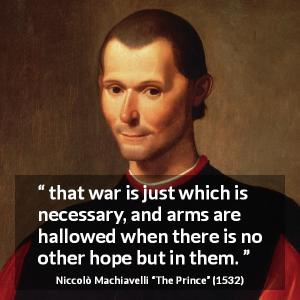 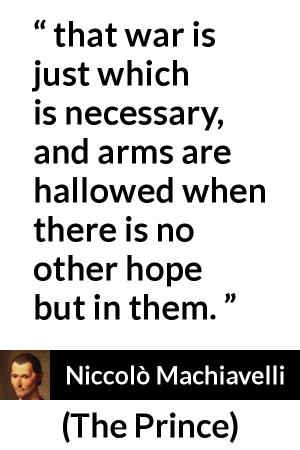