“ they who jest with Majesty even in its gayest mood are but toying with the lion's whelp, which, on slight provocation, uses both fangs and claws. ”
Walter Scott, Ivanhoe (1820). copy citation

“The natural and rough sense of Robin Hood led him to be desirous that the scene should be closed ere any thing should occur to disturb its harmony, the more especially that he observed Ivanhoe's brow clouded with anxiety. «We are honoured,» he said to Ivanhoe, apart, «by the presence of our gallant Sovereign; yet I would not that he dallied with time, which the circumstances of his kingdom may render precious.»
«It is well and wisely spoken, brave Robin Hood,» said Wilfred, apart; «and know, moreover, that they who jest with Majesty even in its gayest mood are but toying with the lion's whelp, which, on slight provocation, uses both fangs and claws.»
«You have touched the very cause of my fear,» said the Outlaw; «my men are rough by practice and nature, the King is hasty as well as good-humoured; nor know I how soon cause of offence may arise, or how warmly it may be received—it is time this revel were broken off.»” source

“For gnarling sorrow hath less power to bite the man that mocks at it and sets it light.” William Shakespeare, Richard II 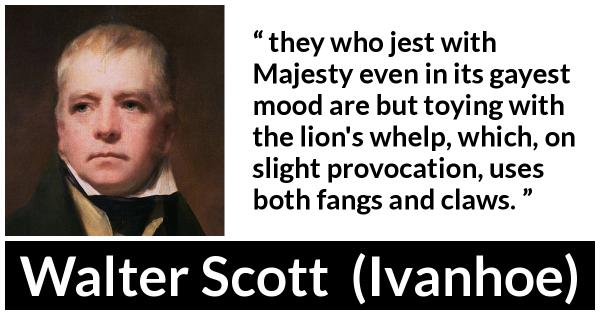 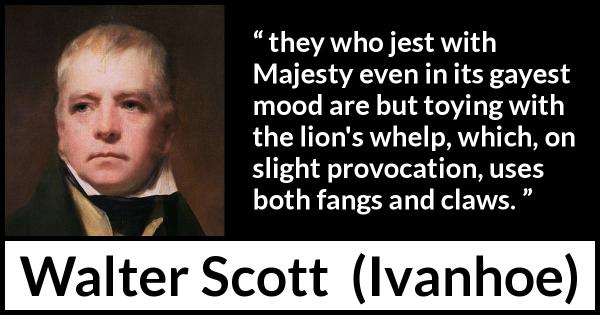 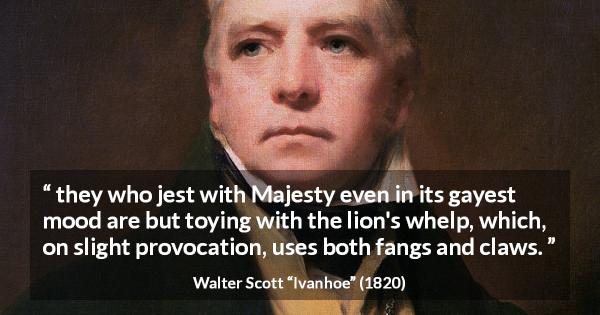 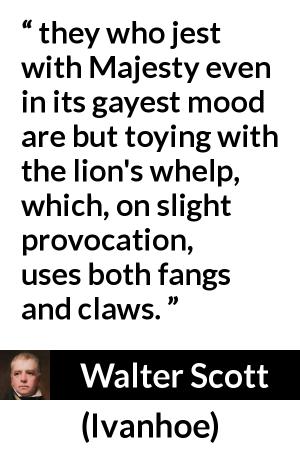 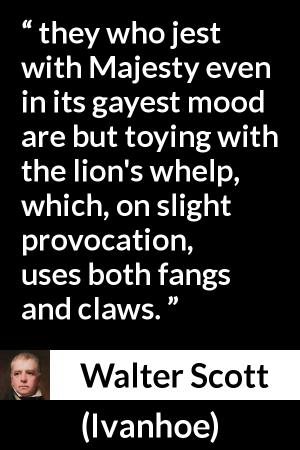 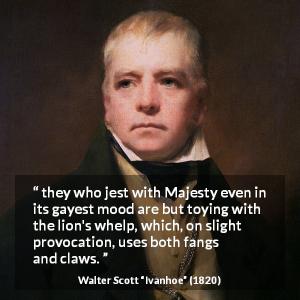