“ Don't be afraid! We won't make an author of you, while there's an honest trade to be learnt, or brick-making to turn to. ”
Charles Dickens, Oliver Twist (1838). copy citation

“Oliver considered a little while; and at last said, he should think it would be a much better thing to be a book-seller; upon which the old gentleman laughed heartily, and declared he had said a very good thing. Which Oliver felt glad to have done, though he by no means knew what it was.
'Well, well,' said the old gentleman, composing his features. 'Don't be afraid! We won't make an author of you, while there's an honest trade to be learnt, or brick-making to turn to.'
'Thank you, sir,' said Oliver. At the earnest manner of his reply, the old gentleman laughed again; and said something about a curious instinct, which Oliver, not understanding, paid no very great attention to.” source

“Why, because an author has more rights than ordinary people, as everybody knows. People will stand much more from him.” Albert Camus, The Plague 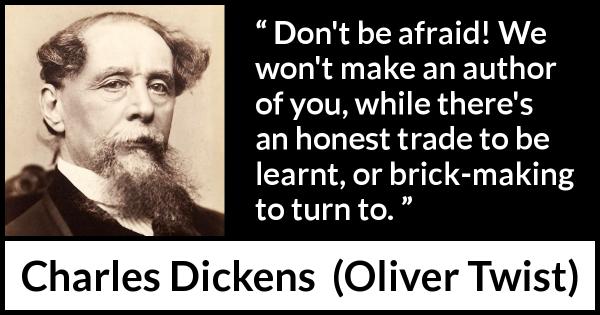 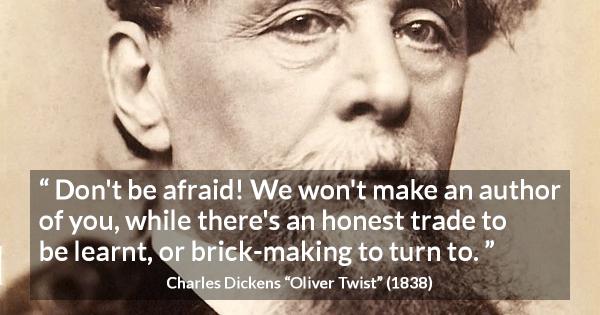 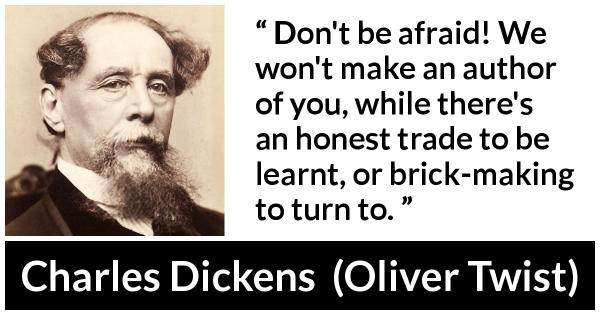 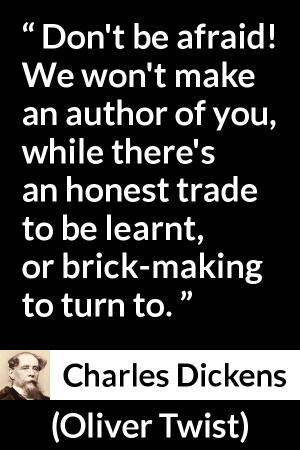 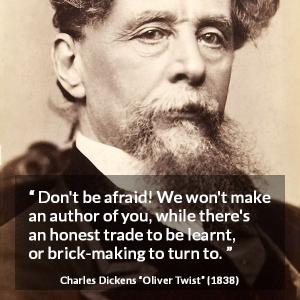 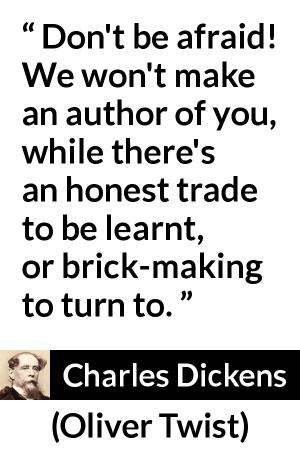