“ a Englishman's ouse is his Castle, and castles must not be busted 'cept when done in war time. ”
Charles Dickens, Great Expectations (1861). copy citation

“«And now,» said Joe, «you ain't that strong yet, old chap, that you can take in more nor one additional shovelful to-day. Old Orlick he's been a bustin' open a dwelling-ouse.»
«Whose?» said I.
«Not, I grant you, but what his manners is given to blusterous,» said Joe, apologetically; «still, a Englishman's ouse is his Castle, and castles must not be busted 'cept when done in war time. And wotsume'er the failings on his part, he were a corn and seedsman in his hart.»
«Is it Pumblechook's house that has been broken into, then?»
«That's it, Pip,» said Joe; «and they took his till, and they took his cash-box, and they drinked his wine, and they partook of his wittles, and they slapped his face, and they pulled his nose, and they tied him up to his bedpust, and they giv' him a dozen, and they stuffed his mouth full of flowering annuals to prewent his crying out.” source

“Wouldn't it be fun if all the castles in the air which we make could come true, and we could live in them?” Louisa May Alcott, Little Women 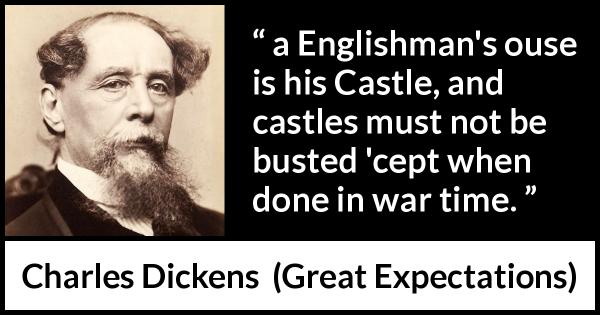 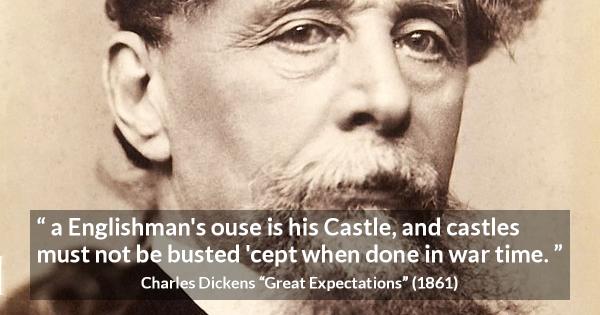 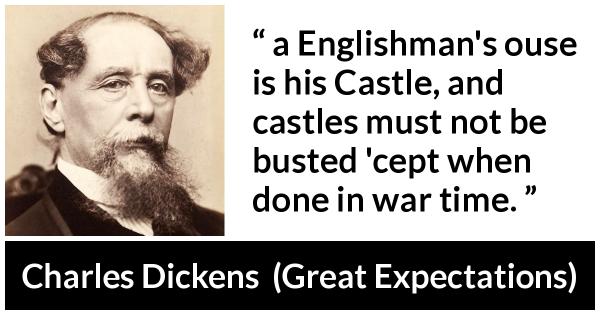 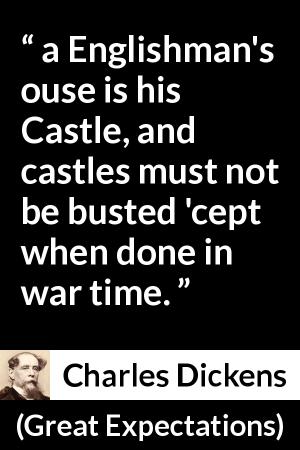 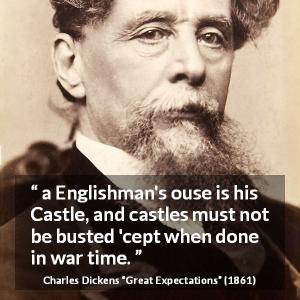 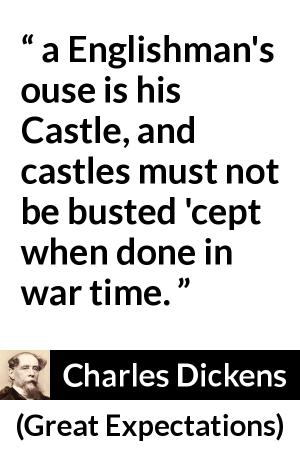