“ When a man really tells the truth, the first truth he tells is that he himself is a liar. ”
G. K. Chesterton, What's Wrong with the World (1910). copy citation

“Is there anyone out of Hanwell who will maintain that the Party System, whatever its conveniences or inconveniences, could have been created by people particularly fond of truth?
The very English happiness on this point is itself a hypocrisy. When a man really tells the truth, the first truth he tells is that he himself is a liar. David said in his haste, that is, in his honesty, that all men are liars. It was afterwards, in some leisurely official explanation, that he said the Kings of Israel at least told the truth. When Lord Curzon was Viceroy he delivered a moral lecture to the Indians on their reputed indifference to veracity, to actuality and intellectual honor.” source

“When you tear out a man’s tongue, you are not proving him a liar, you’re only telling the world that you fear what he might say.” George R. R. Martin, A Clash of Kings

“The first way to lie artistically is to tell the truth—but not all of it. The second way involves telling the truth, too, but is harder: Tell the exact truth and maybe all of it... but tell it so unconvincingly that your listener is sure you...” Robert A. Heinlein, Time Enough for Love

“the best liar is he who makes the smallest amount of lying go the longest way” Samuel Butler, The Way of All Flesh

“The quick pain of truth can pass away, but the slow, eating agony of a lie is never lost.” John Steinbeck, East of Eden 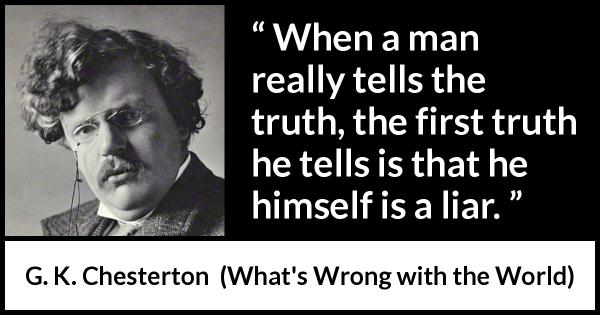 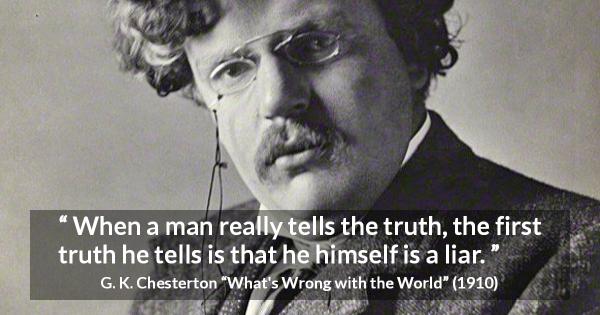 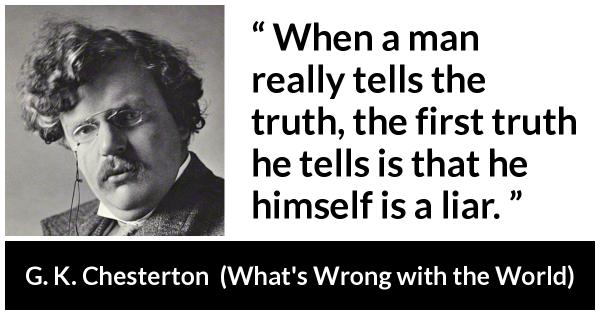 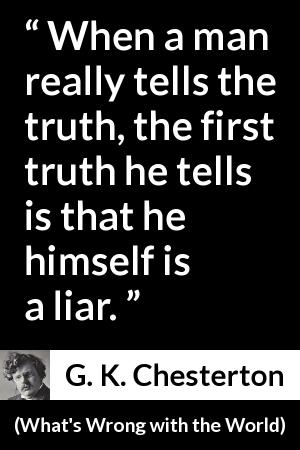 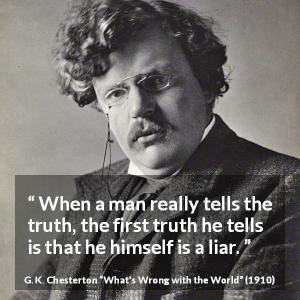 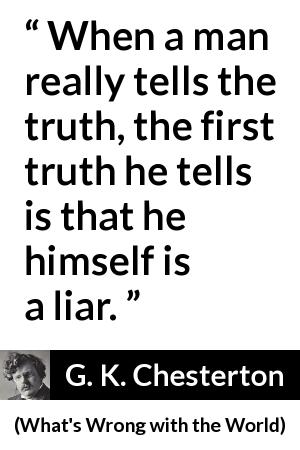