“The choice of Terrasson as Minister of Finance was warmly approved by the press. Terrasson, an old minister famous for his financial operations, gave warrant to all the hopes of the financiers and shadowed forth a period of great business activity. Soon those three udders of modern nations, monopolies, bill discounting, and fraudulent speculation, were swollen with the milk of wealth. Already whispers were heard of distant enterprises, and of planting colonies, and the boldest put forward in the newspapers the project of a military and financial protectorate over Nigritia.
Without having yet shown what he was capable of, Hippolyte Ceres was considered a man of weight.” source
Original quote
“Bientôt se gonfleraient du lait de la richesse ces trois mamelles des nations modernes : l'accaparement, l'agio et la spéculation frauduleuse.” Anatole France, L'Île des Pingouins

“Books are the treasured wealth of the world and the fit inheritance of generations and nations.” Henry David Thoreau, Walden

“The affluence of the rich excites the indignation of the poor, who are often both driven by want, and prompted by envy to invade his possessions.” Adam Smith, The Wealth of Nations

“the typical modern man desires to get with it is more money, with a view to ostentation, splendour, and the outshining of those who have hitherto been his equals.” Bertrand Russell, The Conquest of Happiness 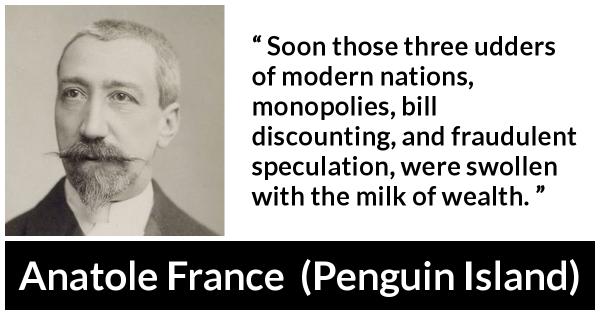 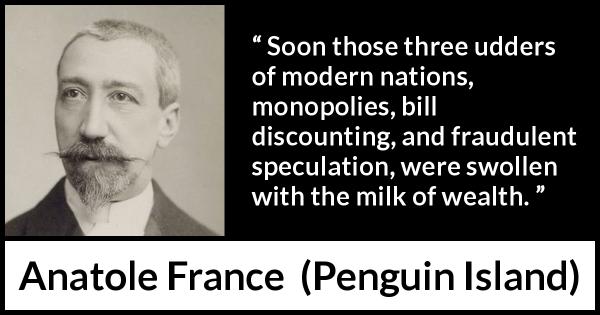 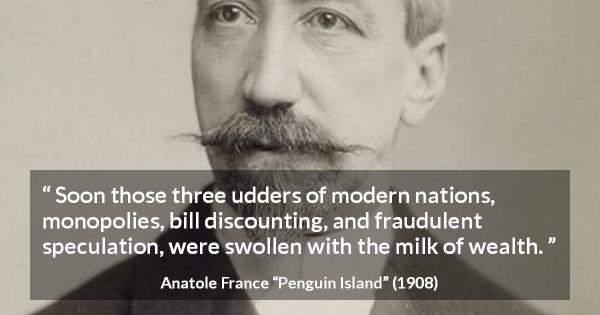 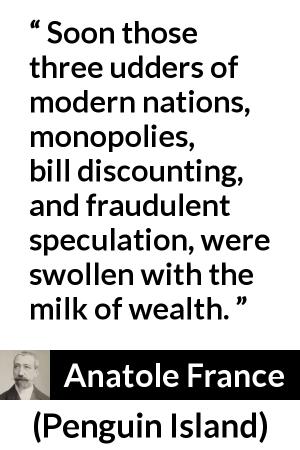 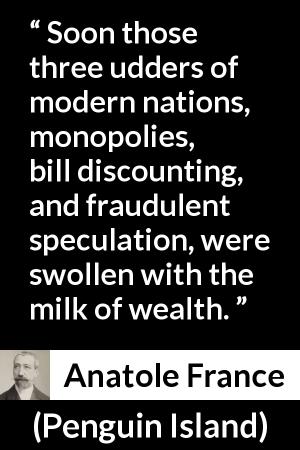 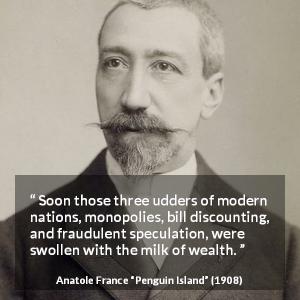