“ Reason is our guide and beacon-light; but when you have made a divinity of it, it will blind you and instigate you to crime ”
Anatole France, The Gods Are Athirst (1912). copy citation

“I hope, at least, citoyen Brotteaux, that, as soon as the Republic has established the worship of Reason, you will not refuse your adhesion to so wise a religion!"
"I love reason, but I am no fanatic in my love," was Brotteaux's answer. "Reason is our guide and beacon-light; but when you have made a divinity of it, it will blind you and instigate you to crime,"—and he proceeded to develop his thesis, standing both feet in the kennel, as he had once been used to perorate, seated in one of Baron d'Holbach's gilt armchairs, which, as he was fond of saying, formed the basis of natural philosophy.
"Jean Jacques Rousseau," he proceeded, "who was not without talents, particularly in music, was a scampish fellow who professed to derive his morality from Nature while all the time he got it from the dogmas of Calvin.” source
Original quote
“La raison nous guide et nous éclaire ; quand vous en aurez fait une divinité, elle vous aveuglera et vous persuadera des crimes.” Anatole France, Les dieux ont soif

“The source of every crime, is some defect of the understanding; or some errour in reasoning, or some sudden force of the passions.” Thomas Hobbes, Leviathan 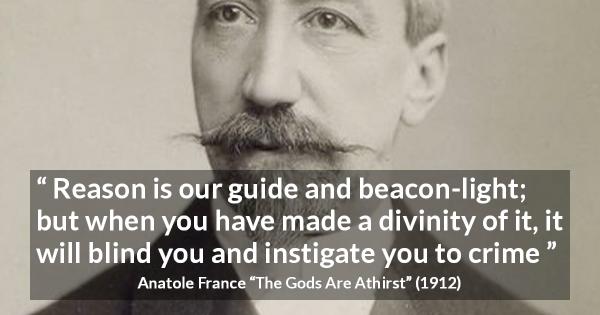 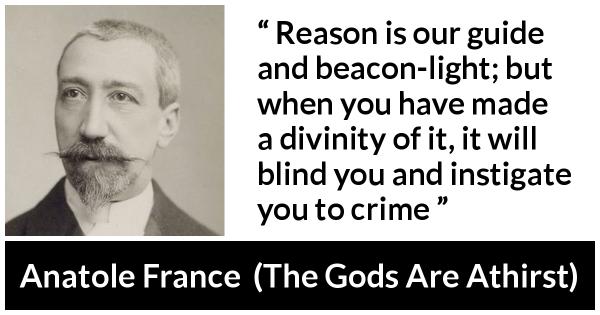 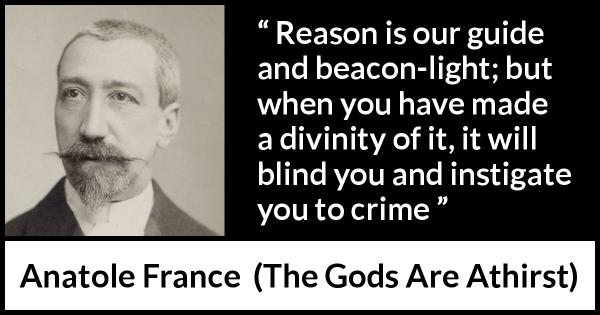 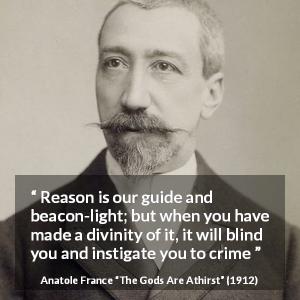 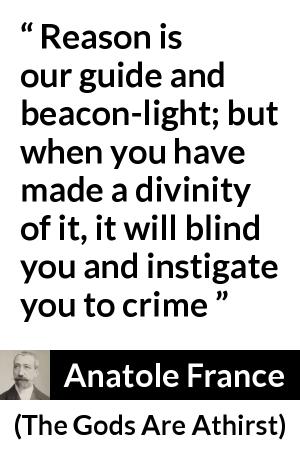 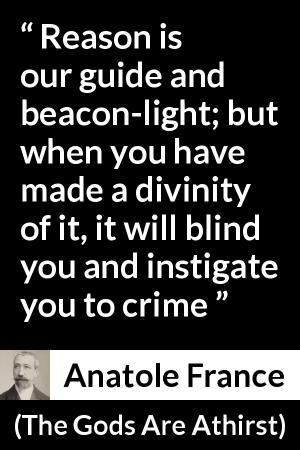