“ We want the will of the people, not the votes of the people; and to give a man a vote against his will is to make voting more valuable than the democracy it declares. ”
G. K. Chesterton, What's Wrong with the World (1910). copy citation

“Now, broadly, I have only to answer here, as everywhere in this book, that history is not a toboggan slide, but a road to be reconsidered and even retraced. If we really forced General Elections upon free laborers who definitely disliked General Elections, then it was a thoroughly undemocratic thing to do; if we are democrats we ought to undo it. We want the will of the people, not the votes of the people; and to give a man a vote against his will is to make voting more valuable than the democracy it declares.
But this analogy is false, for a plain and particular reason. Many voteless women regard a vote as unwomanly. Nobody says that most voteless men regarded a vote as unmanly. Nobody says that any voteless men regarded it as unmanly.” source

“Tradition means giving votes to the most obscure of all classes, our ancestors. It is the democracy of the dead.” G. K. Chesterton, Orthodoxy

“To safeguard democracy the people must have a keen sense of independence, self-respect and their oneness, and should insist upon choosing as their representatives only such persons as are good and true.” Mahatma Gandhi, The Story of my Experiments with Truth

“The will of man is by his reason sway'd; And reason says you are the worthier maid.” William Shakespeare, A Midsummer Night's Dream

“It was not lack of ability that limited my people, but lack of opportunity.” Nelson Mandela, Long Walk to Freedom 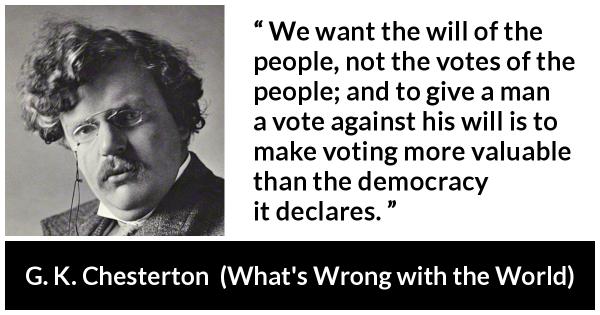 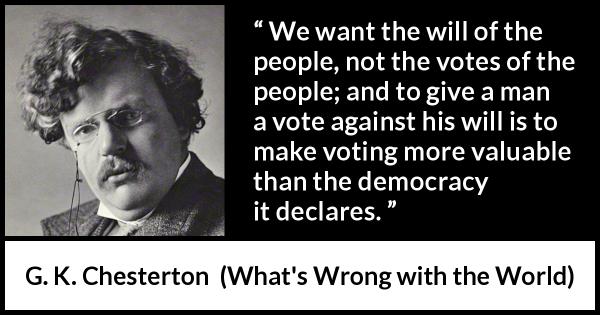 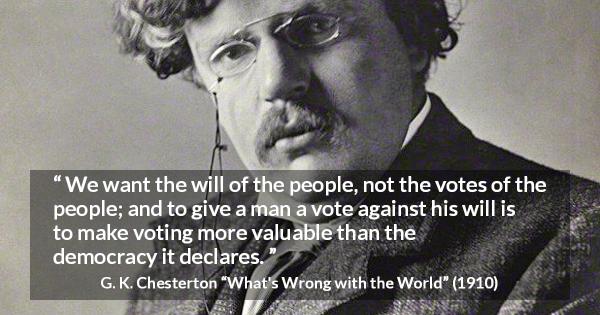 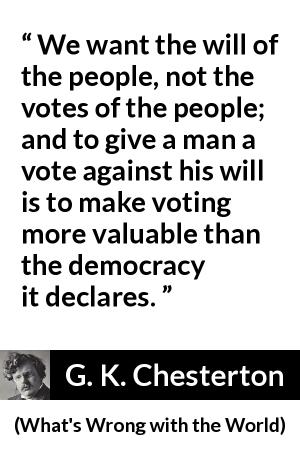 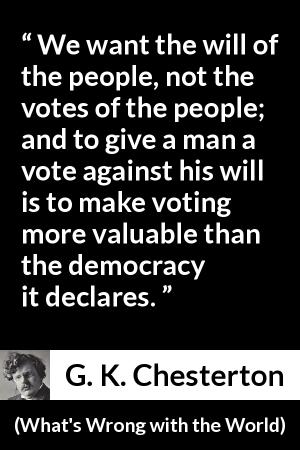 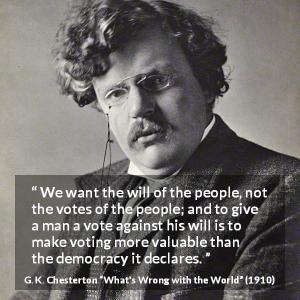