“ The country that is more developed industrially only shows, to the less developed, the image of its own future. ”
Karl Marx, Das Kapital (1867). copy citation

“Intrinsically, it is not a question of the higher or lower degree of development of the social antagonisms that result from the natural laws of capitalist production. It is a question of these laws themselves, of these tendencies working with iron necessity towards inevitable results. The country that is more developed industrially only shows, to the less developed, the image of its own future.
But apart from this. Where capitalist production is fully naturalised among the Germans (for instance, in the factories proper) the condition of things is much worse than in England, because the counterpoise of the Factory Acts is wanting.” source

“When the capital development of a country becomes a by-product of the activities of a casino, the job is likely to be ill-done.” John Maynard Keynes, The General Theory of Employment, Interest and Money 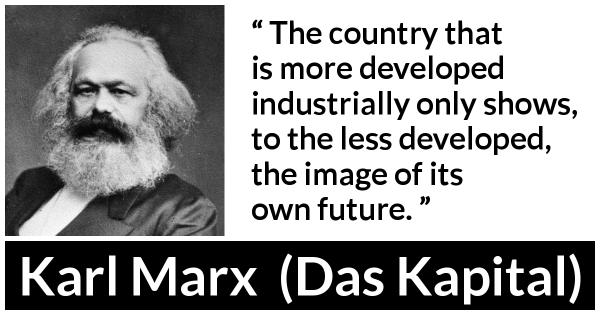 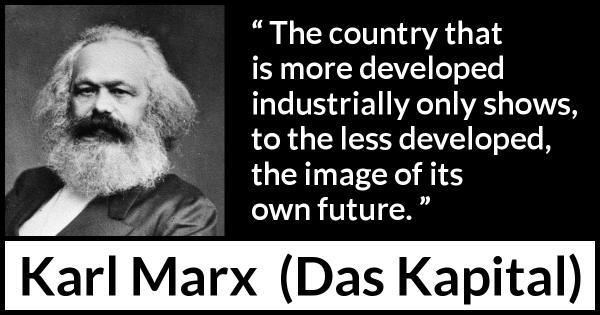 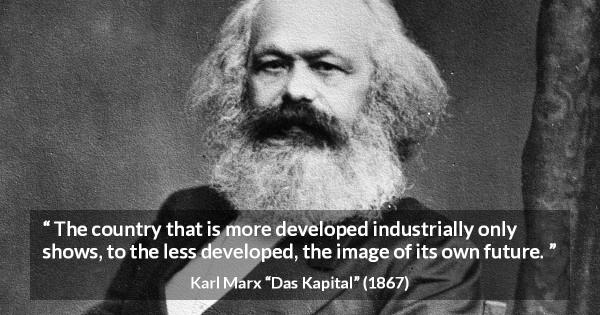 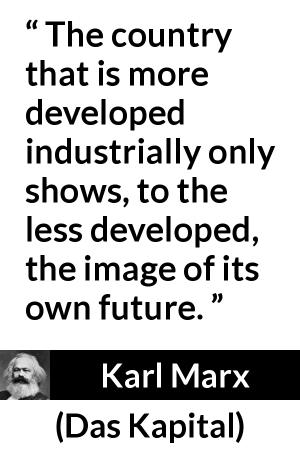 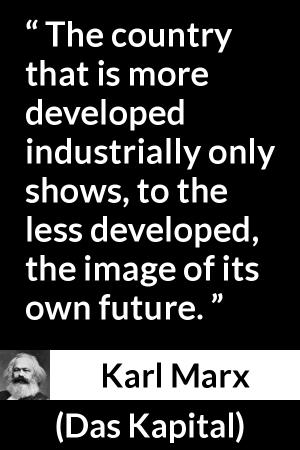 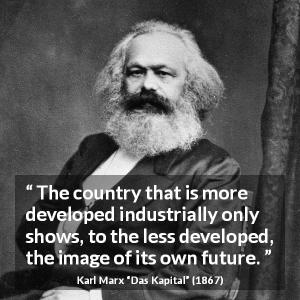