“ He resolved to lie awake until the hour was passed; and, considering that he could no more go to sleep than go to Heaven, this was perhaps the wisest resolution in his power. ”
Charles Dickens, A Christmas Carol (1843). copy citation

“Every time he resolved within himself, after mature inquiry, that it was all a dream, his mind flew back again, like a strong spring released, to its first position, and presented the same problem to be worked all through, «Was it a dream or not?»
Scrooge lay in this state until the chime had gone three quarters more, when he remembered, on a sudden, that the Ghost had warned him of a visitation when the bell tolled one. He resolved to lie awake until the hour was passed; and, considering that he could no more go to sleep than go to Heaven, this was perhaps the wisest resolution in his power.
The quarter was so long, that he was more than once convinced he must have sunk into a doze unconsciously, and missed the clock. At length it broke upon his listening ear.
«Ding, dong!»
«A quarter past,» said Scrooge, counting.” source

“Gradually, he fell into that deep tranquil sleep which ease from recent suffering alone imparts; that calm and peaceful rest which it is pain to wake from. Who, if this were death, would be roused again to all the struggles and turmoils of life;...” Charles Dickens, Oliver Twist

“No one who will not sleep can ever wake.” George MacDonald, Lilith

“He had explained when we were young that when things were very bad his soul went to sleep.” Maya Angelou, I Know Why the Caged Bird Sings

“His bondage had softened him. Irresponsibility had weakened him. He had forgotten how to shift for himself. The night yawned about him.” Jack London, White Fang 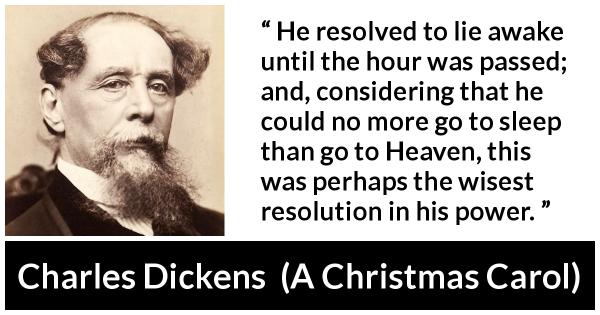 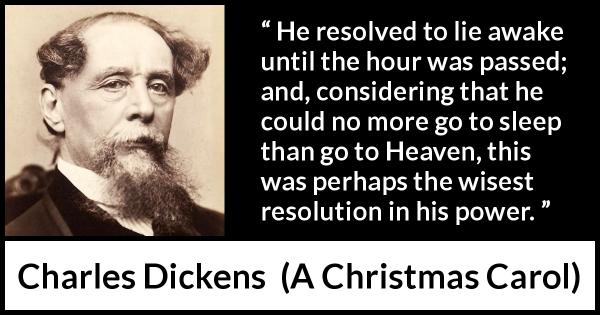 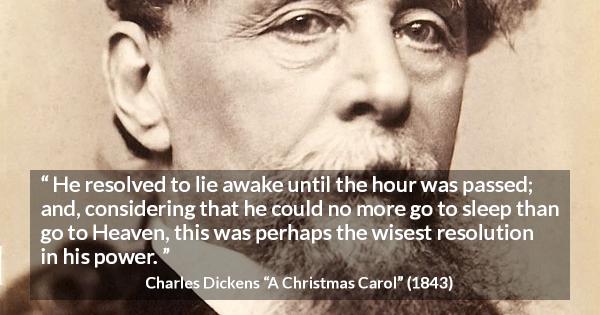 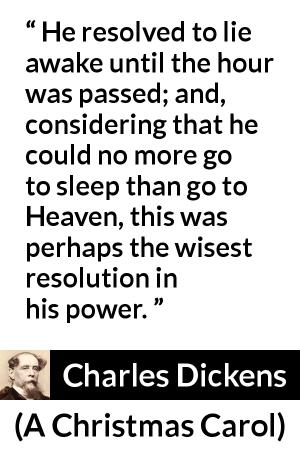 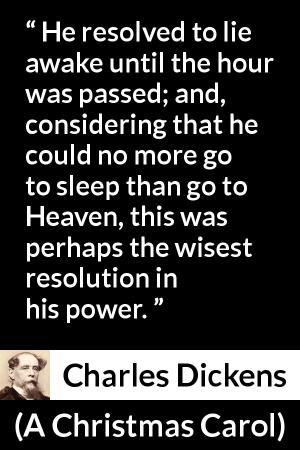 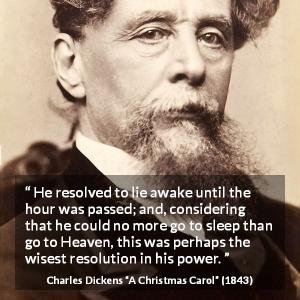