“ Among all forms of mistake, prophecy is the most gratuitous. ”
George Eliot, Middlemarch (1872). copy citation

“He held that reliance to be a mark of genius; and certainly it is no mark to the contrary; genius consisting neither in self-conceit nor in humility, but in a power to make or do, not anything in general, but something in particular. Let him start for the Continent, then, without our pronouncing on his future. Among all forms of mistake, prophecy is the most gratuitous.
But at present this caution against a too hasty judgment interests me more in relation to Mr. Casaubon than to his young cousin. If to Dorothea Mr. Casaubon had been the mere occasion which had set alight the fine inflammable material of her youthful illusions, does it follow that he was fairly represented in the minds of those less impassioned personages who have hitherto delivered their judgments concerning him?” source

“Of all forms of caution, caution in love is perhaps the most fatal to true happiness.” Bertrand Russell, The Conquest of Happiness 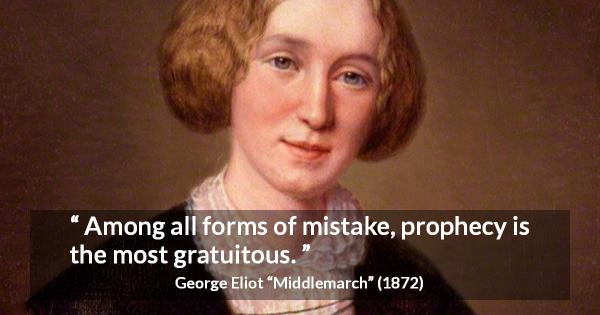 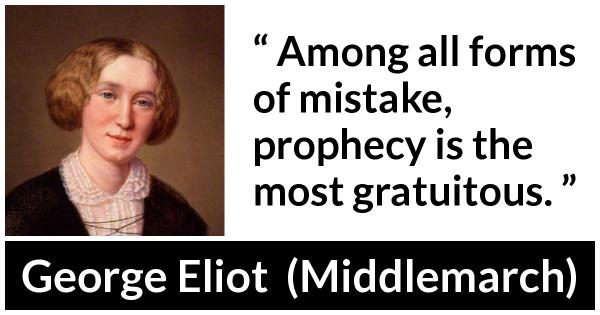 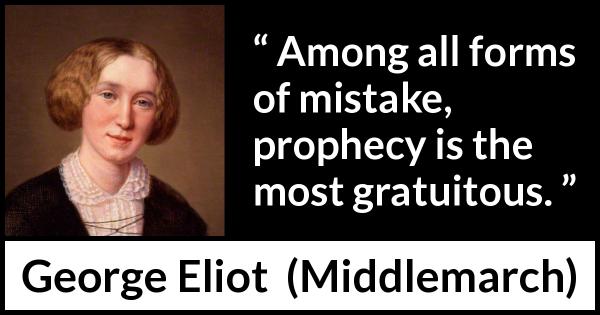 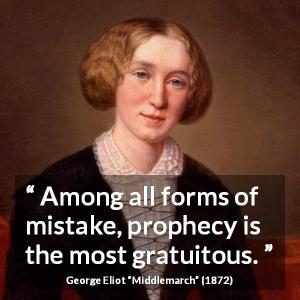 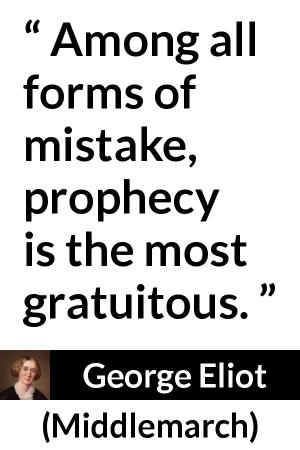 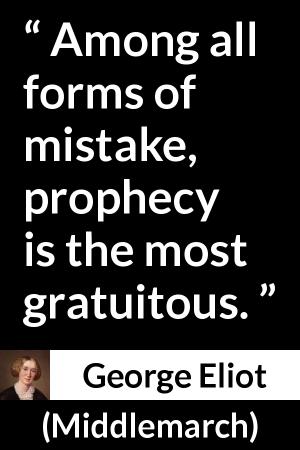