“ Our deeds still travel with us from afar, and what we have been makes us what we are. ”
George Eliot, Middlemarch (1872). copy citation

“He felt bruised and shattered, and there was a dark line under his eyes which Rosamond had not seen before. She could not bear to look at him. Tertius had a way of taking things which made them a great deal worse for her.
CHAPTER LXX. «Our deeds still travel with us from afar, And what we have been makes us what we are.»
Bulstrode's first object after Lydgate had left Stone Court was to examine Raffles's pockets, which he imagined were sure to carry signs in the shape of hotel-bills of the places he had stopped in, if he had not told the truth in saying that he had come straight from Liverpool because he was ill and had no money.” source 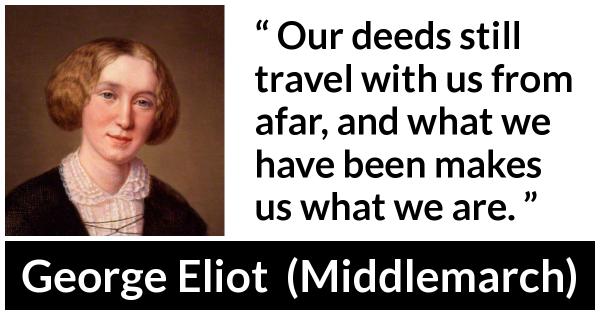 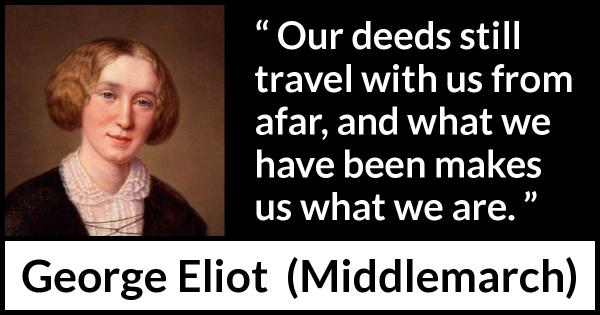 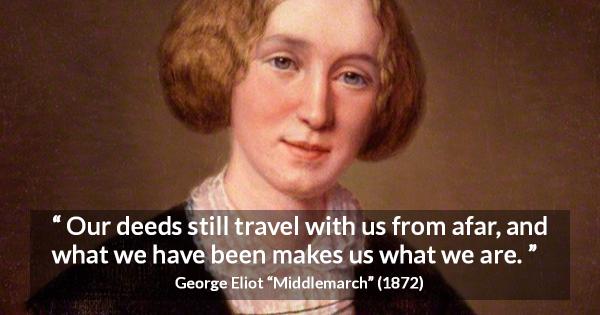 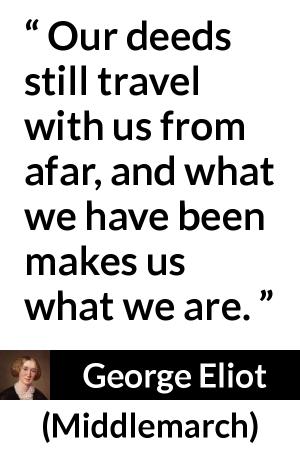 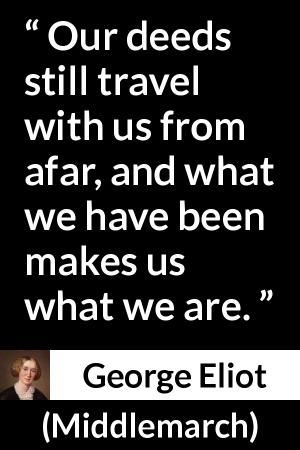 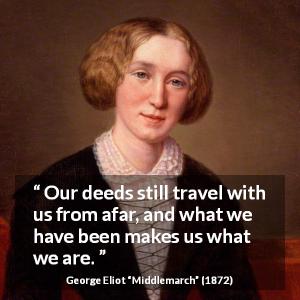