“ Can you do Division? Divide a loaf by a knife—what's the answer to that? . . . Bread-and-butter, of course. ”
Lewis Carroll, Through the Looking-Glass (1871). copy citation

“'She can't do Addition,' the Red Queen interrupted. 'Can you do Subtraction? Take nine from eight.'
'Nine from eight I can't, you know,' Alice replied very readily: 'but—' 'She can't do Subtraction,' said the White Queen. 'Can you do Division? Divide a loaf by a knife—what's the answer to that?'
'I suppose—' Alice was beginning, but the Red Queen answered for her. 'Bread-and-butter, of course. Try another Subtraction sum. Take a bone from a dog: what remains?'
Alice considered. 'The bone wouldn't remain, of course, if I took it—and the dog wouldn't remain; it would come to bite me—and I'm sure I shouldn't remain!'” source

“Why, I feel all thin, sort of stretched, if you know what I mean: like butter that has been scraped over too much bread.” J. R. R. Tolkien, The Fellowship of the Ring

“Contrariwise . . . if it was so, it might be; and if it were so, it would be; but as it isn't, it ain't. That's logic.” Lewis Carroll, Through the Looking-Glass 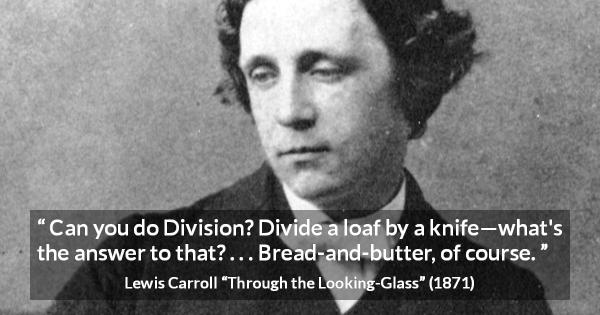 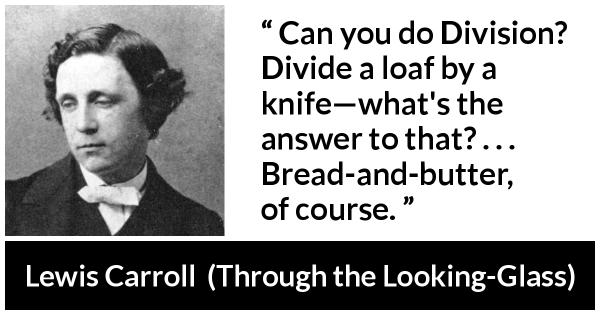 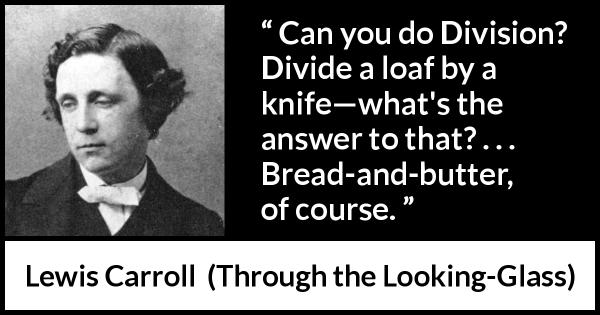 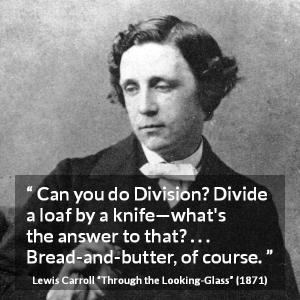 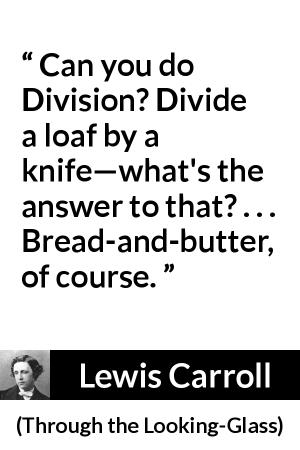 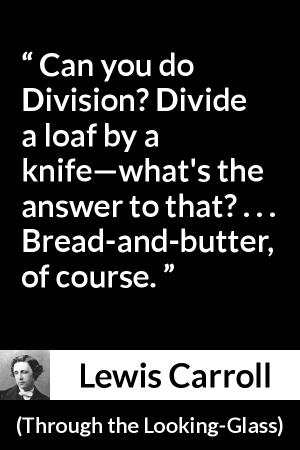