“I followed him in, and I remember observing the contrast the neat, bright doctor, with his powder as white as snow and his bright, black eyes and pleasant manners, made with the coltish country folk, and above all, with that filthy, heavy, bleared scarecrow of a pirate of ours, sitting, far gone in rum, with his arms on the table. Suddenly he—the captain, that is—began to pipe up his eternal song:
«Fifteen men on the dead man's chest— Yo-ho-ho, and a bottle of rum! Drink and the devil had done for the rest— Yo-ho-ho, and a bottle of rum!»
At first I had supposed «the dead man's chest» to be that identical big box of his upstairs in the front room, and the thought had been mingled in my nightmares with that of the one-legged seafaring man.” source

“There was a thing called Heaven; but all the same they used to drink enormous quantities of alcohol.” Aldous Huxley, Brave New World

“Oh, well physicked, said the monk; a hundred devils leap into my body, if there be not more old drunkards than old physicians!” François Rabelais, Gargantua and Pantagruel

“It is wonderful how much time good people spend fighting the devil. If they would only expend the same amount of energy loving their fellow men, the devil would die in his own tracks of ennui.” Helen Keller, The Story of My Life

“A drunkard or a gambler may be weaned from his ways, but not a politician.” Anthony Trollope, Phineas Redux 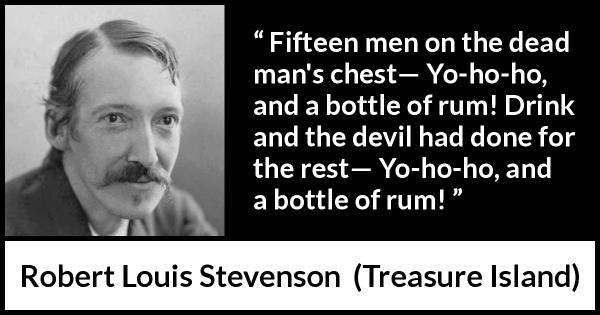 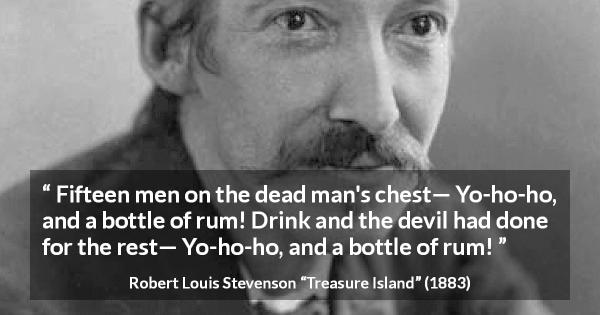 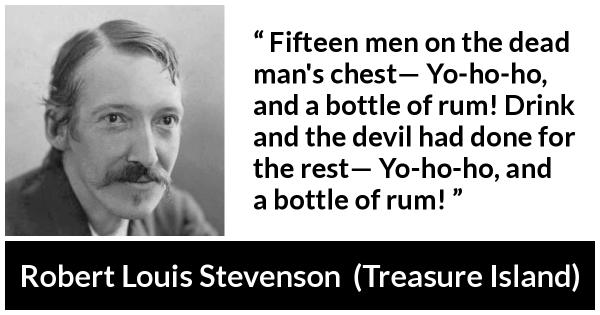 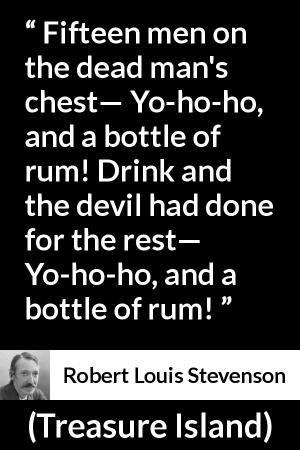 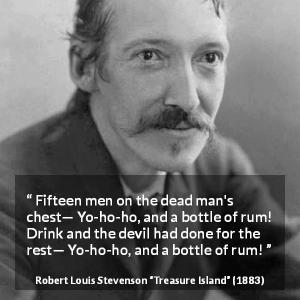 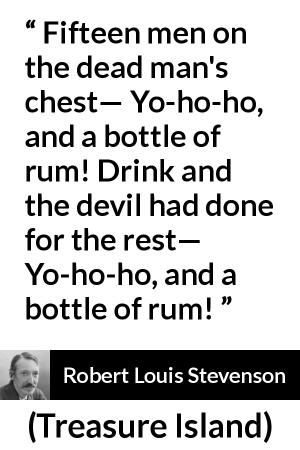