“ I am not asking anyone to accept Christianity if his best reasoning tells him that the weight of the evidence is against it. ”
C. S. Lewis, Mere Christianity (1952). copy citation

“But the whole question is whether he will be able to go on believing this when the instructor takes away his hand and leaves him unsupported in the water—or whether he will suddenly cease to believe it and get in a fright and go down.
Now just the same thing happens about Christianity. I am not asking anyone to accept Christianity if his best reasoning tells him that the weight of the evidence is against it. That is not the point at which Faith comes in. But supposing a man's reason once decides that the weight of the evidence is for it. I can tell that man what is going to happen to him in the next few weeks.” source

“So that, upon the whole, we may conclude, that the Christian Religion not only was at first attended with miracles, but even at this day cannot be believed by any reasonable person without one.” David Hume, An Enquiry Concerning Human Understanding

“Above all, do not attempt to use science (I mean, the real sciences) as a defence against Christianity. They will positively encourage him to think about realities he can't touch and see.” C. S. Lewis, The Screwtape Letters

“I see no good reasons why the views given in this volume should shock the religious feelings of any one.” Charles Darwin, On The Origin of Species

“there was only one Christian, and he died on the cross.” Friedrich Nietzsche, The Antichrist 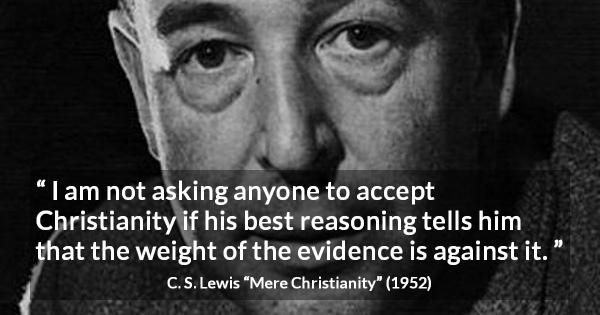 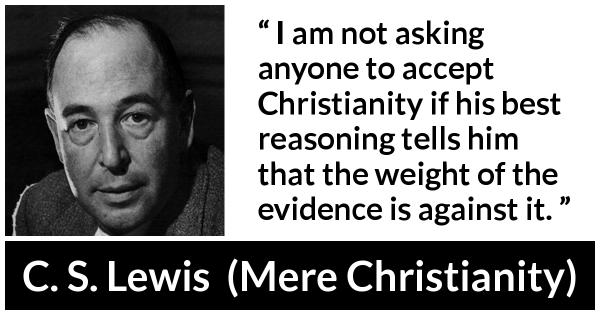 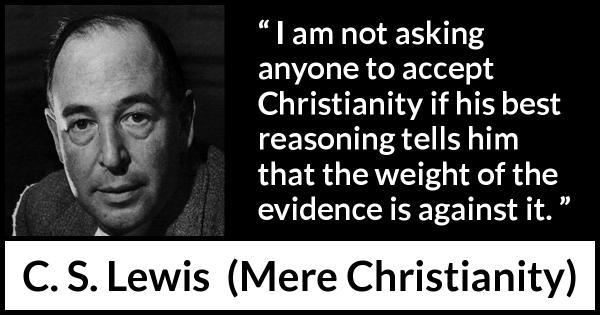 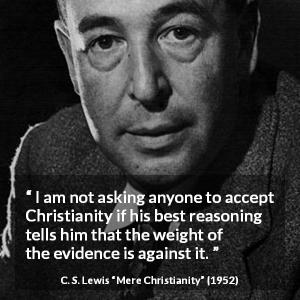 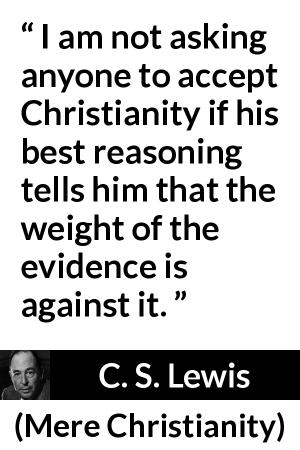 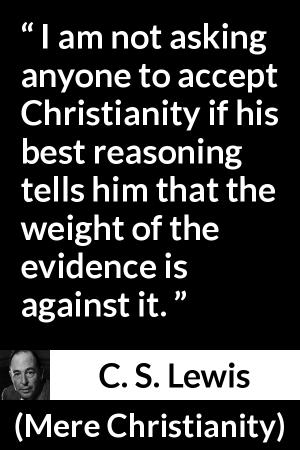