“ Machiavelli . . . He professed to teach kings; but it was the people he really taught. ”
Jean-Jacques Rousseau, The Social Contract (1762). copy citation

“I admit that, provided the subjects remained always in submission, the prince's interest would indeed be that it should be powerful, in order that its power, being his own, might make him formidable to his neighbours; but, this interest being merely secondary and subordinate, and strength being incompatible with submission, princes naturally give the preference always to the principle that is more to their immediate advantage. This is what Samuel put strongly before the Hebrews, and what Machiavelli has clearly shown. He professed to teach kings; but it was the people he really taught. His Prince is the book of Republicans.[ 7]
We found, on general grounds, that monarchy is suitable only for great States, and this is confirmed when we examine it in itself. The more numerous the public administration, the smaller becomes the relation between the prince and the subjects, and the nearer it comes to equality, so that in democracy the ratio is unity, or absolute equality.” source
Original quote
“Machiavel . . . En feignant de donner des leçons aux Rois il en a donné de grandes aux peuples.” Jean-Jacques Rousseau, Du contrat social

“I have always felt that the true text-book for the pupil is his teacher.” Mahatma Gandhi, The Story of my Experiments with Truth

“In the first place God made idiots. This was for practice. Then He made School Boards.” Mark Twain, Following the Equator 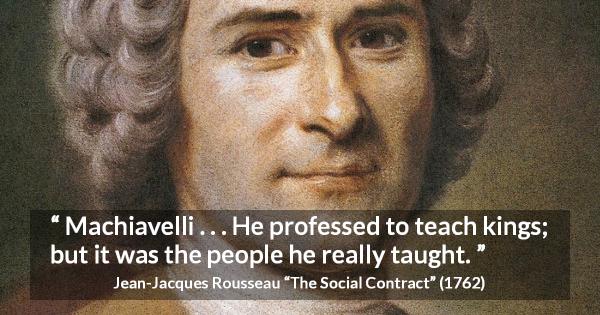 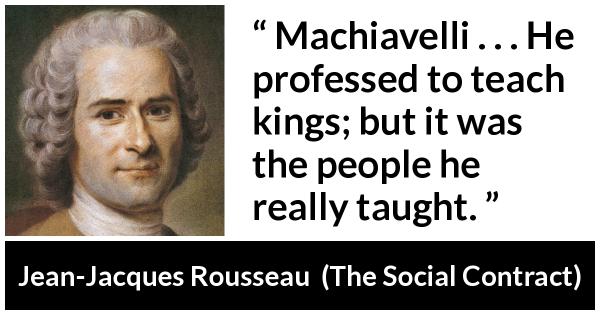 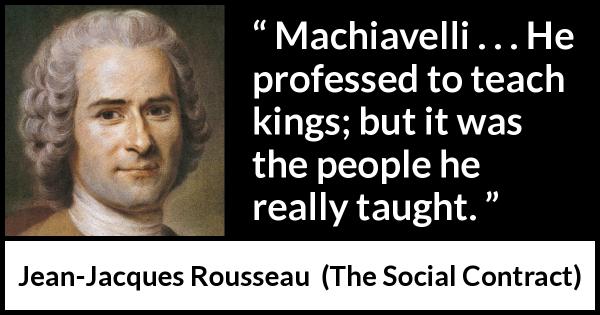 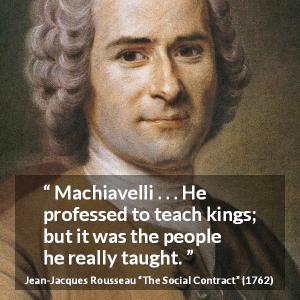 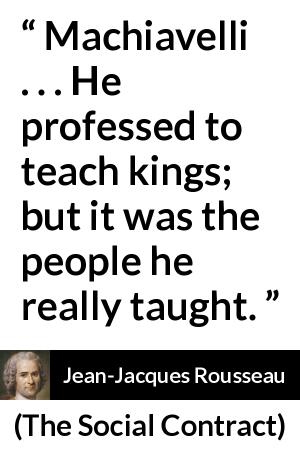 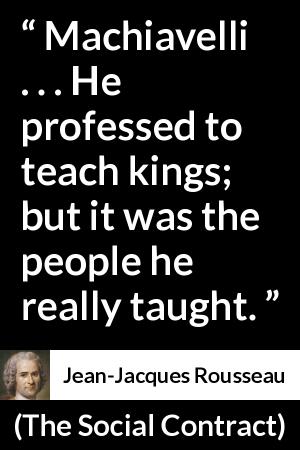