“It was not meant to attack the authority of reason; rather it is the ultimate purpose to defend it. For it needs defence. The whole modern world is at war with reason; and the tower already reels.
The sages, it is often said, can see no answer to the riddle of religion. But the trouble with our sages is not that they cannot see the answer; it is that they cannot even see the riddle. They are like children so stupid as to notice nothing paradoxical in the playful assertion that a door is not a door. The modern latitudinarians speak, for instance, about authority in religion not only as if there were no reason in it, but as if there had never been any reason for it.” source

“God sets us nothing but riddles.” Fyodor Dostoyevsky, The Brothers Karamazov

“I know the Lord has a plan for us all, but sometimes, I just don’t understand what the message can be.” Nicholas Sparks, A Walk to Remember 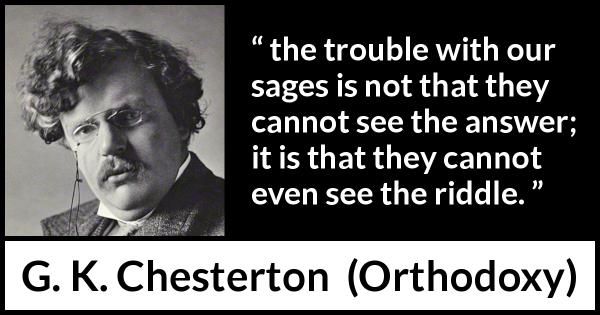 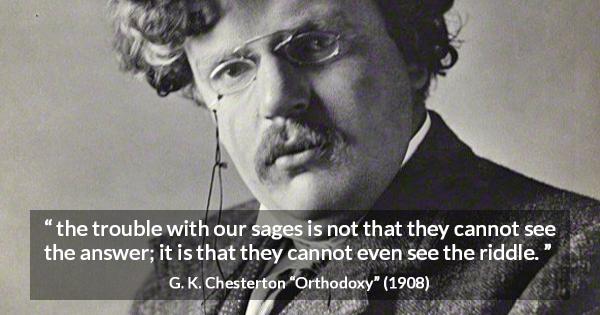 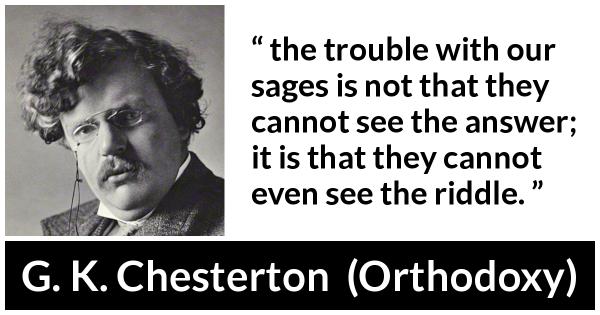 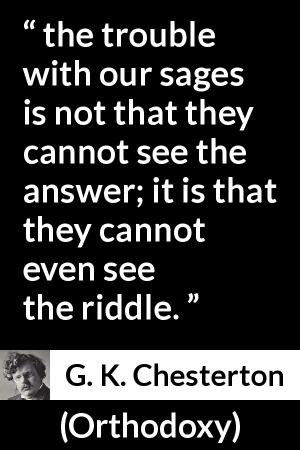 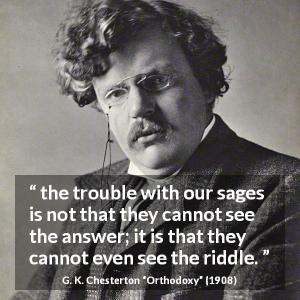 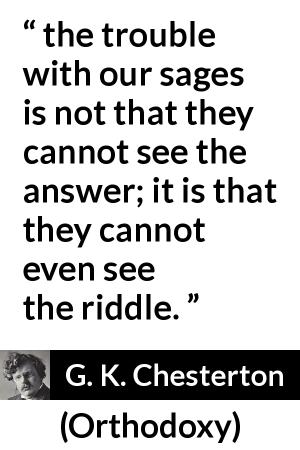