“ Liberation is not deliverance. One gets free from the galleys, but not from the sentence. ”
Victor Hugo, Les Misérables (1862). copy citation

“The master looked him straight between the eyes, and said to him «Beware of the prison.»
There, again, he considered that he had been robbed.
Society, the State, by diminishing his hoard, had robbed him wholesale. Now it was the individual who was robbing him at retail.
Liberation is not deliverance. One gets free from the galleys, but not from the sentence.
That is what happened to him at Grasse. We have seen in what manner he was received at D——
CHAPTER X—THE MAN AROUSED As the Cathedral clock struck two in the morning, Jean Valjean awoke.
” source
Original quote
“Libération n'est pas délivrance. On sort du bagne, mais non de la condamnation.” Victor Hugo, Les Misérables

“They fancied themselves free, and no one will ever be free so long as there are pestilences.” Albert Camus, The Plague

“Liberty may be gained, but can never be recovered.” Jean-Jacques Rousseau, The Social Contract

“Dictators free themselves but they enslave the people.” Charlie Chaplin, My Autobiography 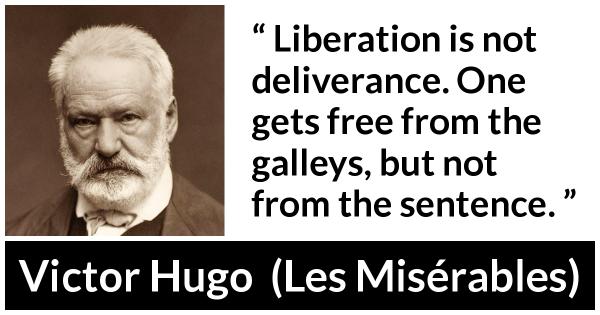 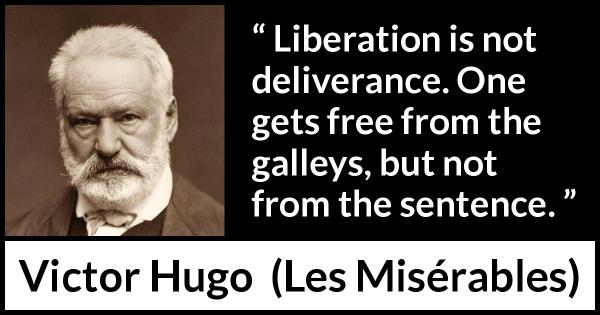 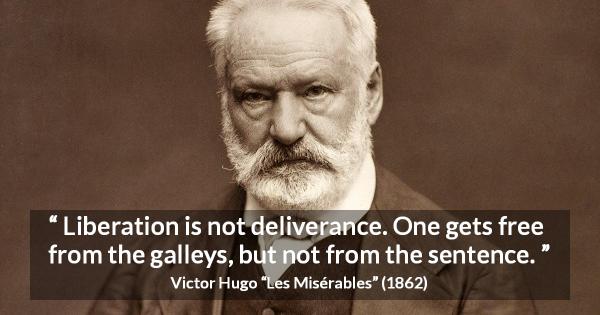 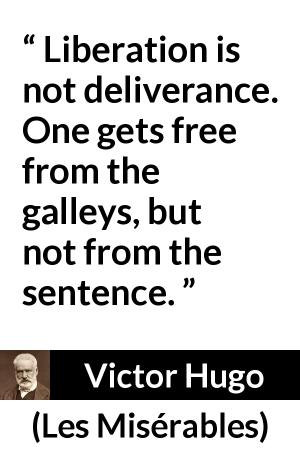 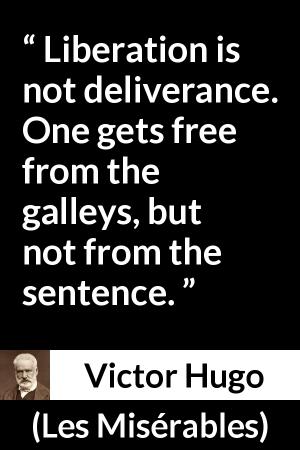 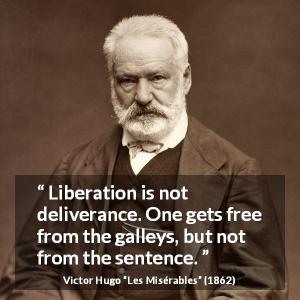