“ All the individuals of the same species, and all the species of the same genus, or even higher group, are descended from common parents ”
Charles Darwin, On The Origin of Species (1859). copy citation

“He who will explain in a definite manner why, for instance, an elephant or a fox will not breed under confinement in its native country, whilst the domestic pig or dog will breed freely under the most diversified conditions, will at the same time be able to give a definite answer to the question why two distinct species, when crossed, as well as their hybrid offspring, are generally rendered more or less sterile, while two domesticated varieties when crossed and their mongrel offspring are perfectly fertile.
Turning to geographical distribution, the difficulties encountered on the theory of descent with modification are serious enough. All the individuals of the same species, and all the species of the same genus, or even higher group, are descended from common parents; and therefore, in however distant and isolated parts of the world they may now be found, they must in the course of successive generations have travelled from some one point to all the others. We are often wholly unable even to conjecture how this could have been effected. Yet, as we have reason to believe that some species have retained the same specific form for very long periods of time, immensely long as measured by years, too much stress ought not to be laid on the occasional wide diffusion of the same species; for during very long periods there will always have been a good chance for wide migration by many means.” source

“On the ordinary view of each species having been independently created, why should specific characters, or those by which the species of the same genus differ from each other, be more variable than the generic characters in which they all agree?” Charles Darwin, On The Origin of Species

“As many more individuals of each species are born than can possibly survive; and as, consequently, there is a frequently recurring struggle for existence, it follows that any being, if it vary however slightly in any manner profitable to itself,...” Charles Darwin, On The Origin of Species

“everybody is identical in their secret unspoken belief that way deep down they are different from everyone else.” David Foster Wallace, Infinite Jest 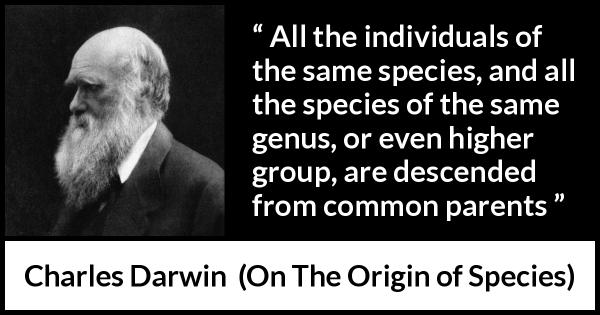 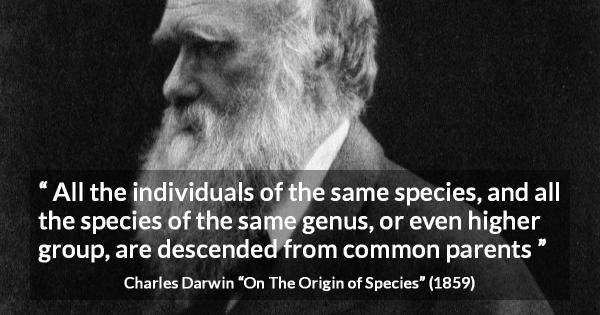 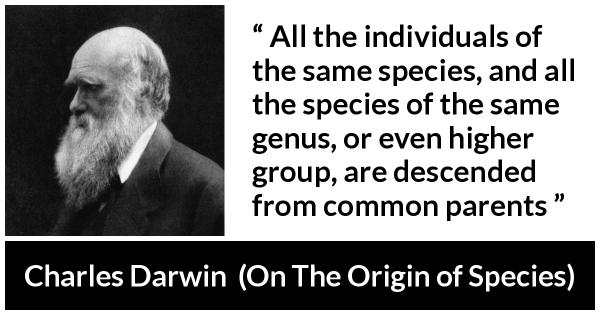 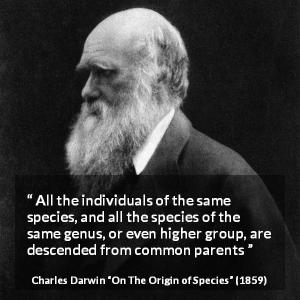 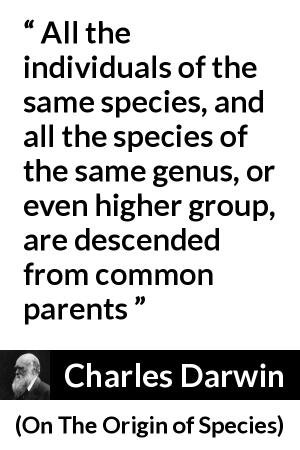