“ He who believes that new benefits will cause great personages to forget old injuries is deceived. ”
Niccolò Machiavelli, The Prince (1532). copy citation

“*) The rest, in becoming Pope, had to fear him, Rouen and the Spaniards excepted; the latter from their relationship and obligations, the former from his influence, the kingdom of France having relations with him. Therefore, above everything, the duke ought to have created a Spaniard Pope, and, failing him, he ought to have consented to Rouen and not San Pietro ad Vincula. He who believes that new benefits will cause great personages to forget old injuries is deceived. Therefore, the duke erred in his choice, and it was the cause of his ultimate ruin.
(*) San Giorgio is Raffaello Riario. Ascanio is Ascanio Sforza.
CHAPTER VIII — CONCERNING THOSE WHO HAVE OBTAINED A PRINCIPALITY BY WICKEDNESS” source 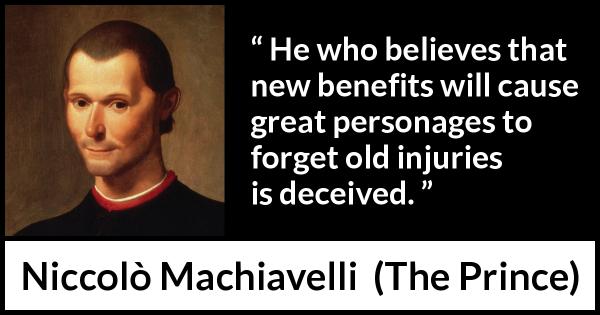 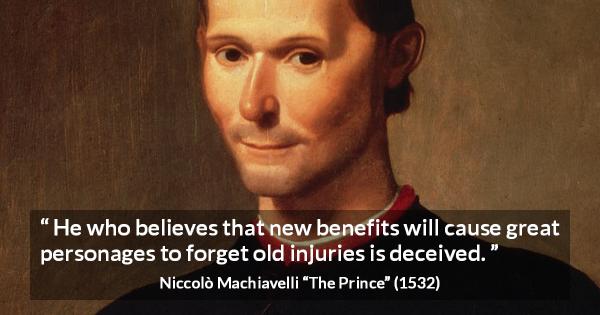 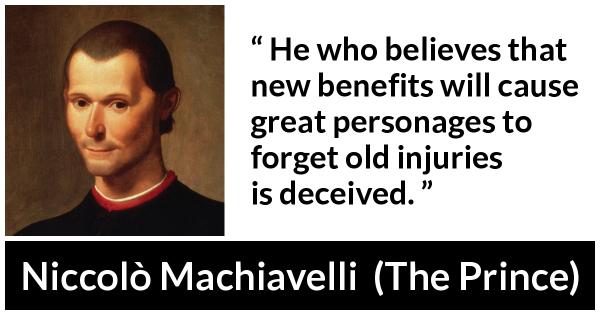 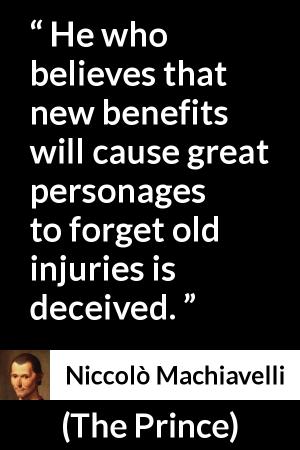 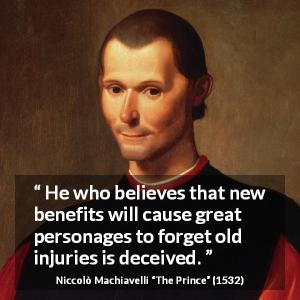 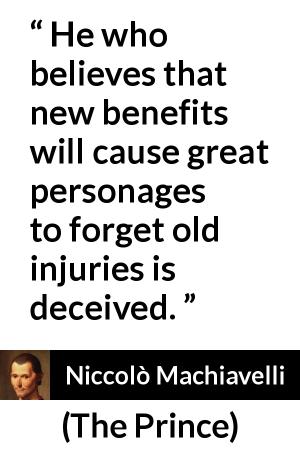