“ I think that there is nothing, not even crime, more opposed to poetry, to philosophy, ay, to life itself, than this incessant business. ”
Henry David Thoreau, Life Without Principle (1863). copy citation

“An Irishman, seeing me making a minute in the fields, took it for granted that I was calculating my wages. If a man was tossed out of a window when an infant, and so made a cripple for life, or scared out of his wits by the Indians, it is regretted chiefly because he was thus incapacitated for—business! I think that there is nothing, not even crime, more opposed to poetry, to philosophy, ay, to life itself, than this incessant business.
There is a coarse and boisterous money-making fellow in the outskirts of our town, who is going to build a bank-wall under the hill along the edge of his meadow. The powers have put this into his head to keep him out of mischief, and he wishes me to spend three weeks digging there with him.” source

“Poetry, therefore, is a more philosophical and a higher thing than history: for poetry tends to express the universal, history the particular.” Aristotle, Poetics

“If your everyday life seems poor, don’t blame it; blame yourself; admit to yourself that you are not enough of a poet to call forth its riches; because for the creator there is not poverty and no poor, indifferent place.” Rainer Maria Rilke, Letters to a Young Poet 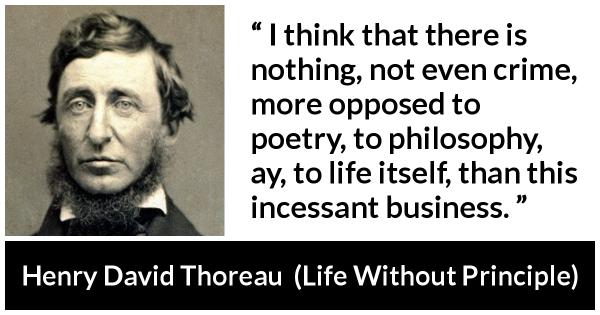 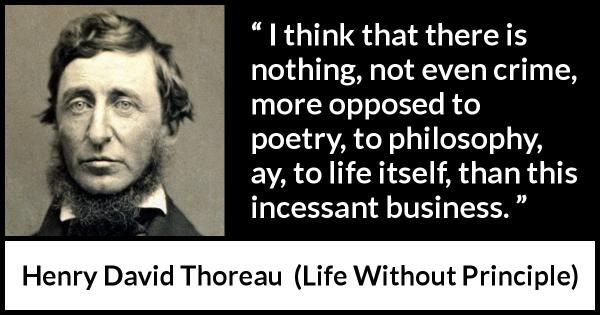 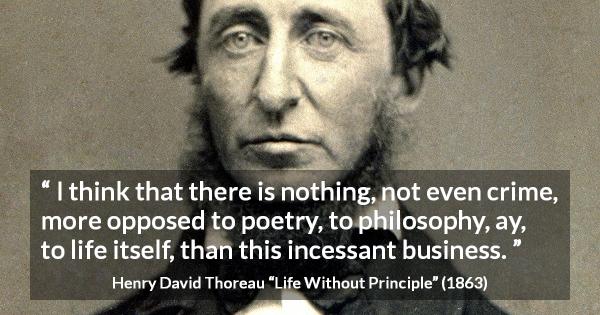 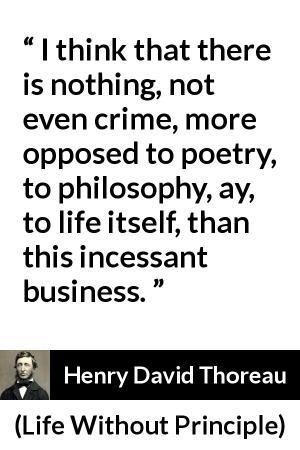 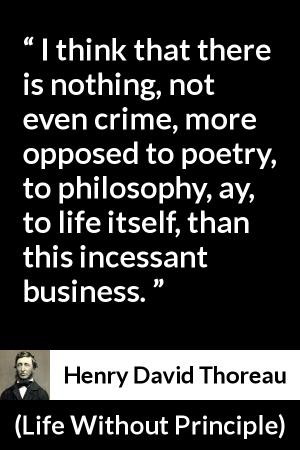 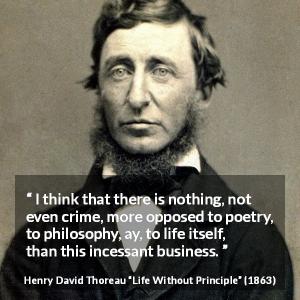