“ Virtues are, in the popular estimate, rather the exception than the rule. ”
Ralph Waldo Emerson, Self-Reliance (1841). copy citation

“There is a class of persons to whom by all spiritual affinity I am bought and sold; for them I will go to prison, if need be; but your miscellaneous popular charities; the education at college of fools; the building of meeting-houses to the vain end to which many now stand; alms to sots; and the thousandfold Relief Societies; —though I confess with shame I sometimes succumb and give the dollar, it is a wicked dollar which by and by I shall have the manhood to withhold.
Virtues are, in the popular estimate, rather the exception than the rule. There is the man and his virtues. Men do what is called a good action, as some piece of courage or charity, much as they would pay a fine in expiation of daily non-appearance on parade. Their works are done as an apology or extenuation of their living in the world,—as invalids and the insane pay a high board.” source

“Vice has always a new fresh young face, while virtue is venerable as nothing else in the world is.” John Steinbeck, East of Eden 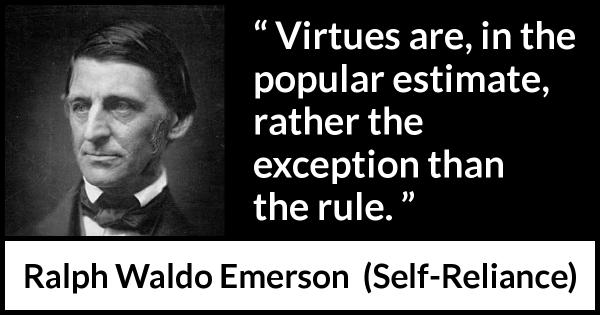 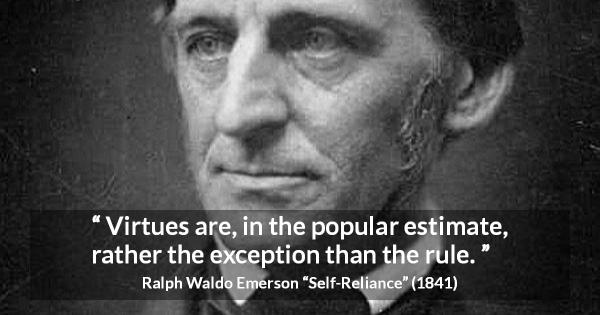 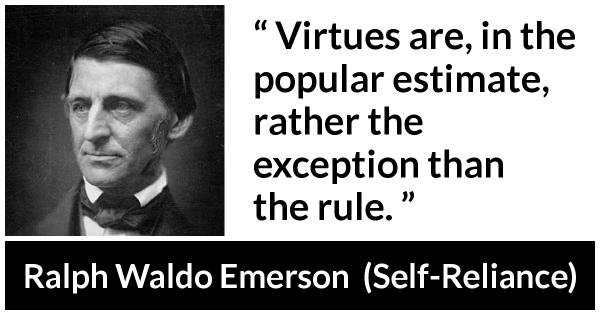 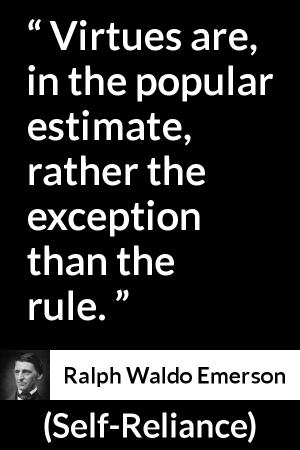 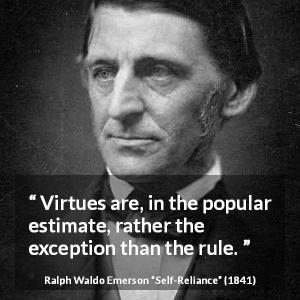 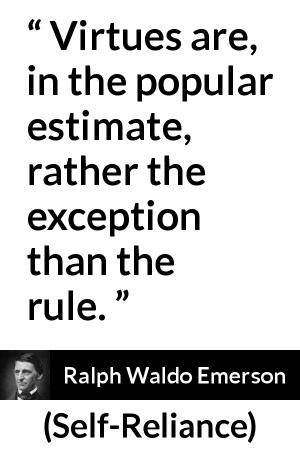