“ She had admirers without end. No doubt my jealousy made an admirer of every one who went near her ”
Charles Dickens, Great Expectations (1861). copy citation

“The privilege of calling her by her name and hearing her call me by mine became, under the circumstances an aggravation of my trials; and while I think it likely that it almost maddened her other lovers, I know too certainly that it almost maddened me.
She had admirers without end. No doubt my jealousy made an admirer of every one who went near her; but there were more than enough of them without that.
I saw her often at Richmond, I heard of her often in town, and I used often to take her and the Brandleys on the water; there were picnics, fête days, plays, operas, concerts, parties, all sorts of pleasures, through which I pursued her,—and they were all miseries to me.” source

“I am jealous of everything whose beauty does not die.” Oscar Wilde, The Picture of Dorian Gray

“Have you ever felt the longing for someone you could admire? For something, not to look down at, but up to?” Ayn Rand, Atlas Shrugged

“I have had my share of vanity; for as a young man I was admired by women; and as a statue I am praised by art critics.” George Bernard Shaw, Man and Superman 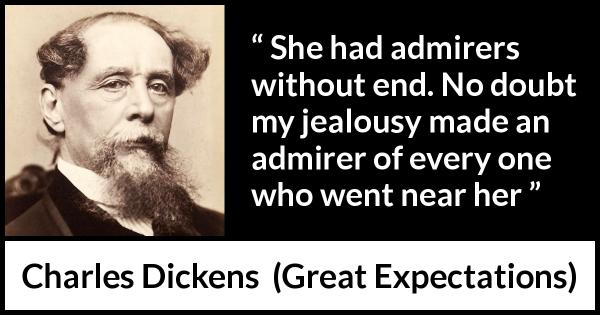 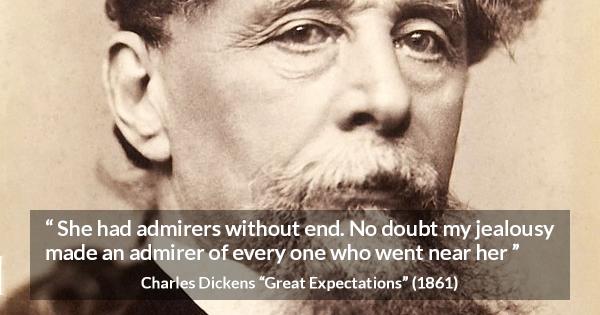 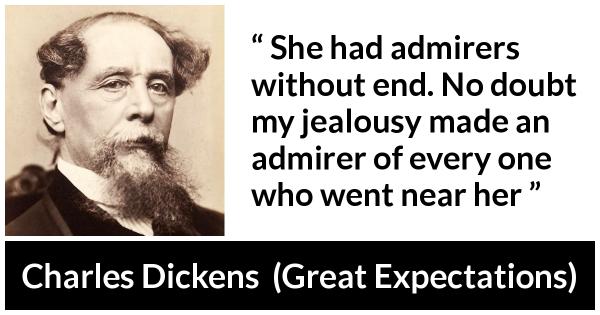 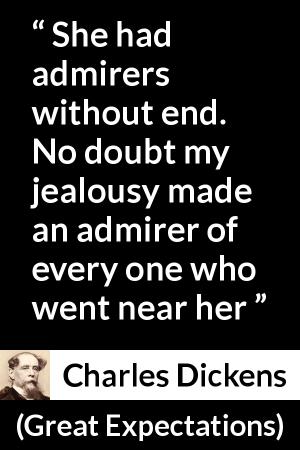 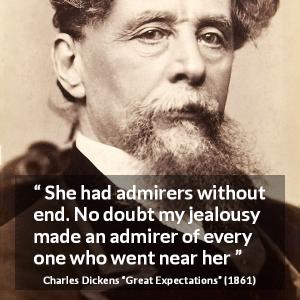 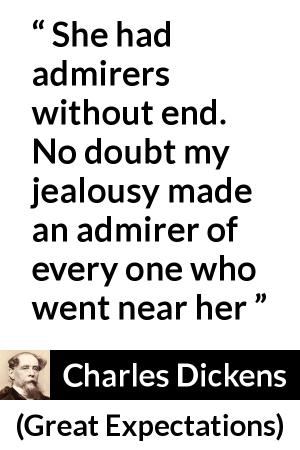