“ The big man had been wakened by the noise, and had fired both barrels of a shotgun into Nag just behind the hood. ”
Rudyard Kipling, The Jungle Book (1894). copy citation

“As he held he closed his jaws tighter and tighter, for he made sure he would be banged to death, and, for the honor of his family, he preferred to be found with his teeth locked. He was dizzy, aching, and felt shaken to pieces when something went off like a thunderclap just behind him. A hot wind knocked him senseless and red fire singed his fur. The big man had been wakened by the noise, and had fired both barrels of a shotgun into Nag just behind the hood.
Rikki-tikki held on with his eyes shut, for now he was quite sure he was dead. But the head did not move, and the big man picked him up and said, «It's the mongoose again, Alice. The little chap has saved our lives now.»” source

“Not to grieve a kind master, I learned to be less touchy; and, for the space of half a year, the gunpowder lay as harmless as sand, because no fire came near to explode it.” Emily Brontë, Wuthering Heights 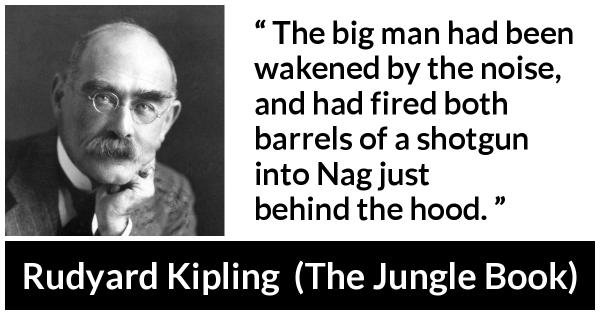 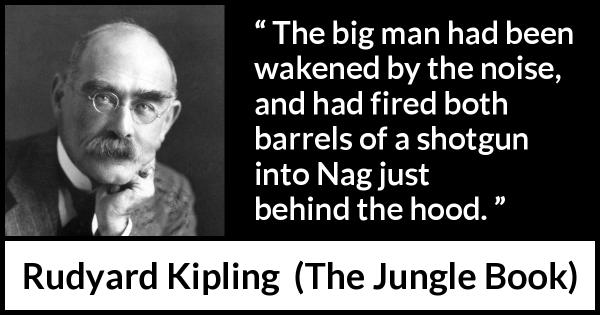 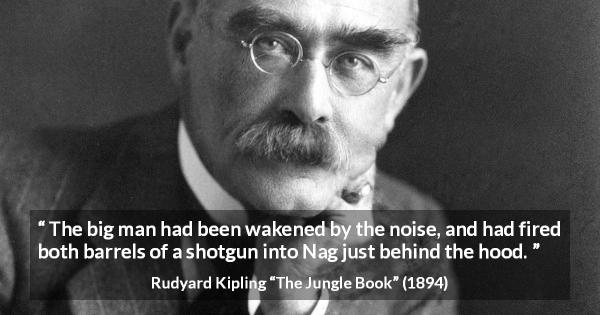 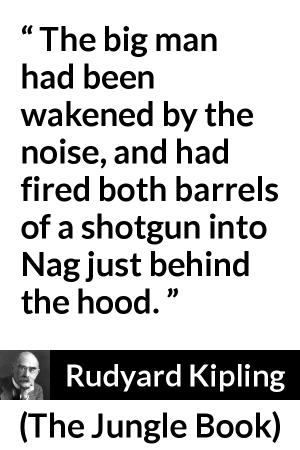 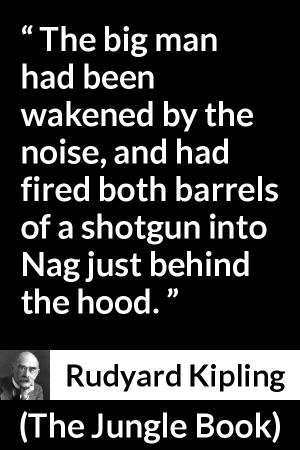 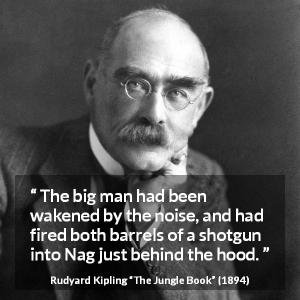